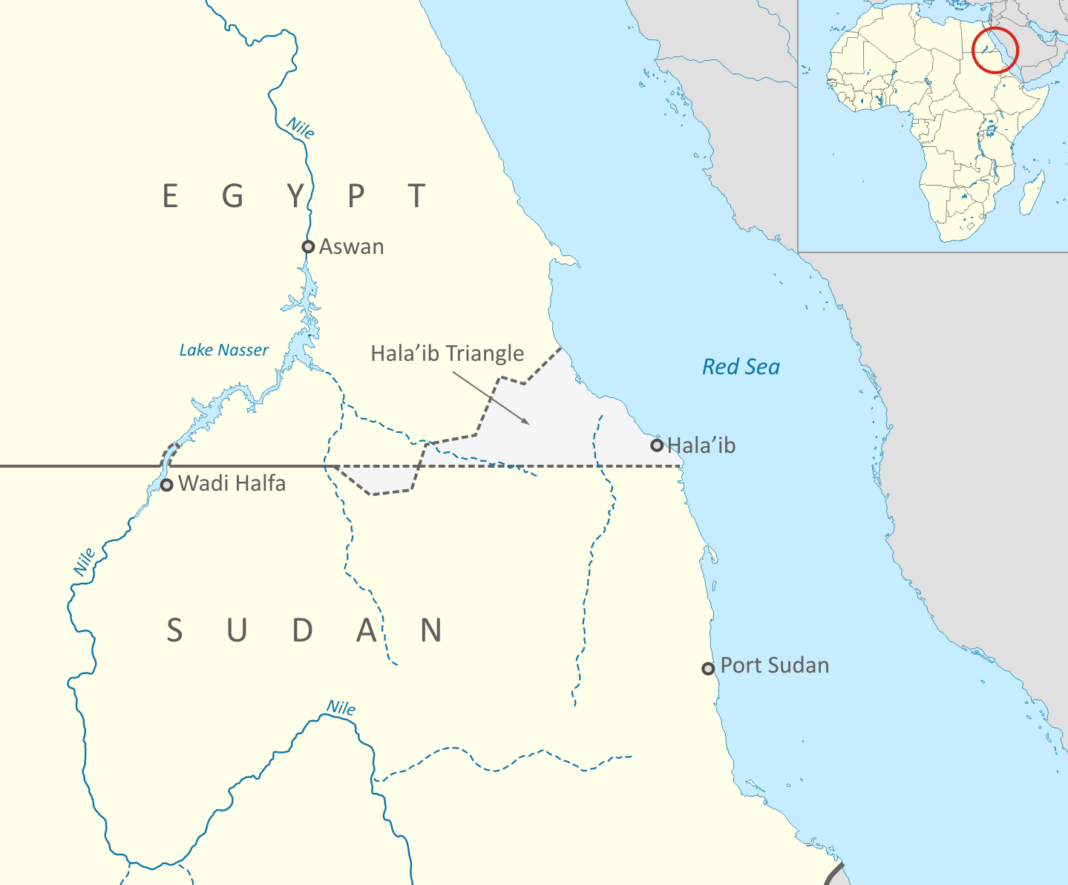 As an ice crack, the Sudanese Foreign Minister Omar Qamaruddin’s statement over the disputed Halayeb and Shalateen border triangle ended a period of silence, indicating the beginning of a new Sudanese campaign around the region.

This campaign of Khartoum’s pressure on Cairo aims renegotiate the border region, which has been in dispute since 1958, but on the condition that there is no confrontation. During the past two weeks, the Sudanese media reported several officials’ statements about the area, which the Egyptian army entered in 1995 and tightened its control over.

The beginning was with the Sudanese Foreign Minister in charge, Omar Qamar al-Din, who said in a discussion forum that Halayeb is Sudanese, and Khartoum will demand it, but without cutting diplomatic relations with Egypt. This was followed by the head of the National Border Commission, Moaz Tango, who described the Egyptian presence in the Halayeb Triangle, which is ​​20,000 square kilometres, as “based on oppression and force, not on logic or proper negotiation.” Then, two prominent officials in charge of the border in Sudan put the seaside Halayeb Triangle map on their profile picture on WhatsApp, similar to a campaign.

These statements escalated after the visit of the head of the Sudanese Sovereignty Council, Abdel Fattah al-Burhan, to Cairo, where he discussed several issues, including the border triangle. This talk about al-Burhan’s visit revealed Israeli support for Sudan in the conflict with Egypt, and an expression from the Israeli side that states with conviction that the Halayeb area is Sudan’s. For the first time, the Sudanese revealed to the Egyptian side that Tel Aviv could support the Khartoum government in this file, which ignited Egypt’s anger.

Egyptian anger increased as Sudanese media circulated pictures of Israeli Prime Minister Benjamin Netanyahu in front of a Sudan map, which includes the Halayeb area within its borders. As the Sudanese campaign escalated, fears of mining companies operating in Egypt’s interest in the region escalated, even as Tango threatened that the Sudanese authorities would pursue these companies before international courts. Although this threat came from a high-ranking official, there is no evidence of any moves by the Sudanese government to pursue exploration companies in Halayeb. During the visit of the Egyptian Prime Minister, Moustafa Madbouly, to Khartoum, the file was not addressed, and at that time, it was agreed that the Halayeb dispute would be unilaterally presented at a later time and frozen now, provided that any mining activities carried out by companies for the benefit of Egypt would cease.

It is noteworthy that a month before the fall of the ousted Sudanese President Omar al-Bashir’s regime, in March 2019, the Sudanese Foreign Ministry summoned the Egyptian ambassador to protest against Egypt bidding for international bids to explore oil and gas in Halayeb. According to the government source, the fixed position of the transitional government is that Halayeb is Sudanese. Still, there is consensus among parts of the government not to provoke conflict with Egypt now, due to more urgent priorities at the present time.

Last August, al-Burhan said in a speech on the occasion of the Army Day, “We will not give up our right, and we will not back down from it, and we will not forget it until the flag of Sudan is raised in Halayeb.” Perhaps the transitional government’s leadership position, which made Halayeb a “postponed battle,” is what worries those in charge of border issues in the country.

The head of the policy committee of the National Umma Party, Imam Abdul Rahman al-Hilu, supports the position of the authority in Sudan and says that he prefers that the current government deal wisely with the issue. He adds that his party’s position is that Halayeb is Sudanese, but “nevertheless, the conflict must not affect the Sudanese and Egyptian people’s relationship.” Al-Hilu continues that the region’s situation is complex now, and Sudan is emerging from a repressive regime and is suffering from an economic crisis, which requires addressing the Halayeb issue wisely and pursing an open dialogue with Egypt. He warned of the consequences of being dragged behind any other options to return Halayeb to Sudan, saying, “any way other than dialogue will bring the two countries into confrontation and a crazy war in which there is no victor.”

In the past, Cairo refused the option of resorting to international arbitration to decide whether Halayeb was affiliated with Sudan or Egypt.

The NFP: In absence of competition, al-Sisi’s new party leads in...