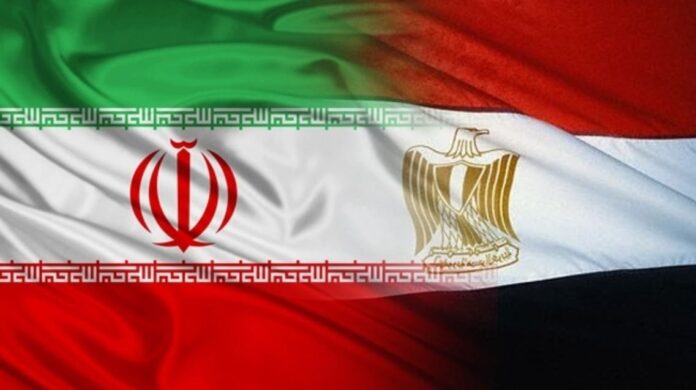 Days ago, the United Nations General Assembly approved a resolution calling on Iran to respect all its citizens’ human rights by 79 votes to 32, while 64 countries abstained.

The United Nations resolution condemned the continued implementation of the death penalty in Iran, describing it as “alarming,” especially those that are based on forced confessions or crimes that do not fall into the category of the most serious crimes. The General Assembly also expressed the UN’s concern about minors’ continued execution. The resolution expressed grave concern about the continued imposition of severe obstacles and increasing restrictions on freedom of expression and worship for other religions and minorities inside the country, including Christians, Jews, and Sunni Muslims, who face severe restrictions due to their beliefs, and who have been subjected to detention and enforced disappearance for long periods during the corona pandemic.

Among the Arab countries that voted “yes” to the decision are the Emirates and Saudi Arabia, while some countries such as Iraq and Lebanon voted against the decision due to Iranian influence in these two countries. The position that sparked controversy was Egypt’s. Cairo made reservations about the decision, in contradiction to its Gulf partners, which angered some Gulf states, which are hostile to Iran.

Dr. Amr al-Shobaki, a consultant at al-Ahram Centre for Studies, believes that Egypt’s decision came to show its independence from the Gulf states in some issues that do not directly affect the relations between them and the Gulf states, indicating that Egypt’s abstention is a message to the Gulf of independence over some strategic issues. Al-Shobaki added that Egypt does not see that Iran does not represent any direct threat to Cairo; Tehran represents a direct threat to the Gulf countries, so al-Sisi always seeks to show a kind of solidarity with GCC states over this issue, but they are not always in agreement about how. Meanwhile, Muhammad Abadi, director of the Jedar Centre for Studies, said that Egypt is afraid that the US will take advantage of Iran’s human rights issues for political purposes or be used against the Egyptian regime later.

Also, Cairo watches with fear Trump’s continuing escalation over the nuclear issue, amid talks about Trump seeking to direct a military strike against Iran before leaving his post on January 20, so al-Sisi wanted to distance himself from any military conflict in the Gulf states. Abadi affirmed that Egypt’s stance on this issue is neutral, which was evident from its support for the Syrian regime, which is backed by Iran, despite the severe pressure it was subjected to from the Gulf states, according to his statements to al-Hurra.

As for the Bahraini political analyst, Saad Rashid, he said that Egypt’s decision to abstain from the vote condemning the human rights situation in Iran is a sovereign decision. He added, “There is continuous coordination between Egypt and the Gulf countries, specifically Saudi Arabia, the Emirates, and Bahrain, but about the vote, Egypt certainly has a clear justification for that.” Rashid indicated that Egypt has internal national interests that made it enjoy this vote and the trend with the Emirates, Saudi Arabia, and Bahrain in support of condemning Iran’s violations of human rights. This was not the first time Egypt opposed the Gulf concerning Iran, as Egypt voted in October 2016 in favour of a Russian resolution related to Syria, supported by Iran, and Saudi Arabia opposes it in the Security Council, which caused widespread anger in Saudi Arabia and some GCC countries.

Egypt also officially participated in the upcoming year, in the celebrations of the Iranian Interests Section in Cairo, on the occasion of the 40th anniversary of the Iranian Revolution, where the Egyptian Ministry of Foreign Affairs dispatched the Egyptian Deputy Foreign Minister for Asian Affairs, Ambassador Khaled Tharwat, to participate in the celebrations of the Iranian revolution, in a step that increased speculation about the future of relations between the two countries. According to the Washington Institute for Near East Studies, Egypt has many understandings with Tehran over several common issues that reflect its interests, such as their position on supporting the Assad regime and the need to subject the Israeli nuclear programme to international control.

An Egyptian journalist specialising in diplomatic affairs told Egypt Watch that Cairo felt embarrassed to support Iran’s decision, while the Egyptian and Saudi regimes face the same accusations. The Egyptian journalist, who requested anonymity, indicated that accusations such as extracting confessions under torture, carrying out political executions, arresting political opponents, and suppressing freedoms, are all accusations directed by international human rights organisations against Cairo and Riyadh as well, not just Tehran. He added: “Unlike the Gulf countries that rushed to support the decision to defame Iran, the Egyptian position was more intelligent because there may be similar decisions soon against the Egyptian regime or its allies in Saudi Arabia, the UAE, or Bahrain.”

Egyptian human rights lawyer Tarek Hussein told Egypt Watch that some countries’ positions regarding human rights issues are mainly political. Therefore, they support or reject those decisions for political reasons, not based on the human rights situation there. Tarek considered that the Gulf states’ support for that decision was political. It was to spite the Iranian regime and not out of concern for the Iranian people’s interest because some GCC states do the same things that happen in Tehran. Likewise, Egypt’s abstention was political because the Egyptian regime realises that al-Sisi is just as oppressive as Tehran, and he fears similar decisions.

As for the Gulf’s reaction to this position, Abadi stressed that the Gulf is accustomed to the Egyptian position, and accepts the Egyptian position that does not ally with Iran or oppose it, and suffices with statements that denounce any attempt to attack Gulf national security. Al-Shobaki stressed that this position or dozens of other stances of this kind would not affect the Egyptian-Gulf alliance, adding that Egypt’s reservation on the UN resolution regarding a resolution related to Iran in the field of human rights does not reflect a fundamental shift in the relationship with the Gulf countries.

The Washington Institute believes that although confronting Iran is one of the top priorities for the Gulf states, it appears that officials have accepted Egypt’s limited participation in the campaign against Iran. It seems that this arrangement is the best for Cairo. While Egypt will remain an ally of the Gulf states, it will also be able to adopt positions that reflect the strategic interests that it shares with Tehran.

Over the past decades, Egyptian-Iranian relations have witnessed great fluctuations, as they began with a marriage between the two ruling families in both countries, after the marriage of King Farouk’s sister to Muhammad Reza Pahlavi, the crown prince of Iran in 1939. After the Islamic revolution in Iran in 1979, there was a severe disagreement between the two countries due to Egypt’s anti-revolutionary stance. Egypt hosted the Shah of Iran and held a military funeral, which was attended by the then President of the Republic, Muhammad Anwar Sadat.

After the January 2011 revolution and the Muslim Brotherhood’s rule in Egypt in 2012, relations between the two countries witnessed a great convergence despite the sectarian difference between the two ruling regimes and reached the point of visiting the late President Mohammad Morsi in Tehran and then the visit of the Iranian President Ahmadinejad to Cairo, which angered the Gulf states. However, with the rise of President Abdel Fattah al-Sisi to power in Egypt, relations changed, and Egypt became neutral over Iran.