EgyptWatch
Home Egypt Watch A new explosion of the gas line between Egypt and Israel in...
Facebook
Twitter
WhatsApp 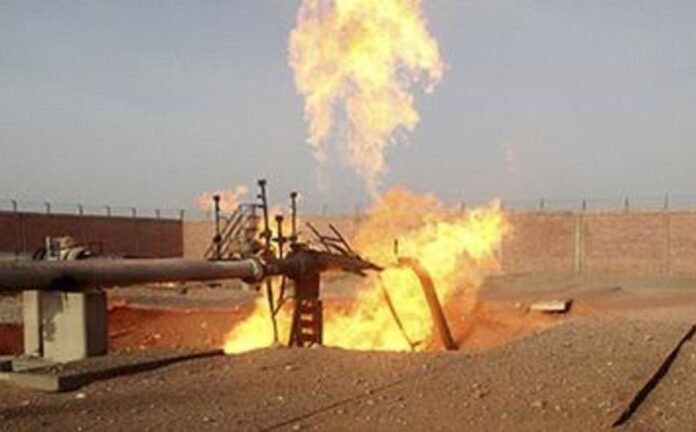 The main pipeline, carrying natural gas between Egypt and Israel, was bombed Thursday, without casualties.

The governor of North Sinai (eastern Egypt), Muhammad Shousha, said in a statement that “the main gas pipeline feeding the city of Arish in the (Sabika) area west of the city of Al-Arish has been attacked.” He added that immediately after the explosion, “coordination was made with the Egyptian Natural Gas Company (GASCO), so the control valves were closed to quickly control the fire,” stressing that “there were no casualties.” And local sources said that the burning fire “reached a great height, which could be seen from long distances.” It was an earlier explosion on the same gas line, which occurred on 20 November. At that time, the Egyptian army spokesman, Colonel “Tamer Al-Rifai,” described the explosion as “limited,” stressing that no injuries or losses were recorded.

While official Egyptian sources did not mention the causes of the bombing at the time, the Hebrew newspaper, Yediot Aharonot, said that the Sinai Province, the Egyptian branch of the Islamic State, announced that it had claimed responsibility for the attack through an account on the Telegram application. In February 2011, a series of attacks began on the same gas pipeline, as it was subjected to over a year and a half to be blown up more than 27 times, which led Egypt to stop exporting natural gas to Israel.

Over the following years, the organization repeatedly targeted gas pipelines in North Sinai and repeatedly attacked the Egyptian army and security forces there.