EgyptWatch
Home Reports A strange level of repression: a university student’s dismissal due to a...
Facebook
Twitter
WhatsApp 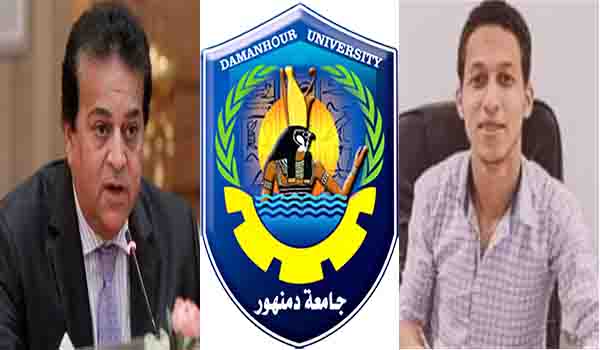 During a phone call to a TV program on the Egyptian Channel One (official TV), a student named Mustafa Shaalan complained about the overcrowding inside the college where he studies and the seriousness of this in light of the spread of the Coronavirus, but strangely, this phone call caused the student to be dismissed for a year from the university. The dismissal decision was a punishment for the student’s complaint and his talk to the media about wrong conditions in the college and classrooms despite the high number of people infected with the virus.

Observers say that the repression in Egypt has reached an unnatural level. Everyone who has authority in the country has begun to oppress those under his control in the absence of accountability and monitoring mechanisms.

Through social media, a state of anger prevailed among students and citizens who expressed their dissatisfaction and surprise at the student’s dismissal and denial of his studies, demanding the return of his right and the revocation of the decision.

A hashtag entitled Mustafa Shaalan’s Right was published on the social networking site Twitter in Egypt, following the issuance of the decision to sanction and dismiss the student for a year from the Faculty of Commerce at Damanhour University.

Activists on social media showed solidarity with the student, stressing that he demanded his right and his colleagues’ right, while those responsible for taking precautions against the second wave of the Coronavirus were lax.

Many students, via the hashtag mentioned above, published photos of the students’ accumulation in the colleges’ corridors and in the classrooms, despite the high numbers of HIV infections and deaths during the past days.

Many participants described what happened with Mustafa as a farce and scandal, as he who complains about the wrong conditions is punished by being deprived of studying and completing education.

They explained that the message addressed to them from the dismissal of a Damanhour student is to remain silent about their right even if the matter costs them their lives and that the university gives them a choice between death or dismissal from studying.

Opponents say that is the message that the whole regime wants to deliver to the Egyptian people: Do not demand your rights, or else, you will be arrested, dismissed, or disappeared.

They pointed out that if he spoke to an opposition channel, he would be a traitor like many others in the regime’s prison; if talked to the official TV, he would be punished too. It is a clear message to keep silent.

Many tweeting students in different universities confirmed that Coronavirus cases are rampant among their colleagues, in light of the Ministry of Higher Education’s denial of the situation’s seriousness.

Over the past days, the hashtags demanding the cancellation of studies and the closure of schools and universities topped the social media platforms in Egypt. The participants explained their fear for the lives of students in light of the spread of the virus.

The official figures announced by the Ministry of Health showed that the number of infections in Egypt exceeded a thousand cases per day, in light of the daily increase in the number of deaths from the Coronavirus.

Officials in Egypt announced the situation’s seriousness, the pandemic’s outbreak, and the country’s entry into the second wave of the Coronavirus. The Minister of Higher Education announced that the announced number of infections should be multiplied by ten.

Minister of Higher Education Khaled Abdel Ghaffar confirmed that the true number of the number of Coronavirus infections in Egypt is multiplying the announced number by ten. Still, he stressed the continuation of studies in universities.

The minister denied suspending studies in universities or converting them to study via the Internet and stressed that mid-year exams would be held on time, despite students and their parents’ demands.

Likewise, the Minister of Education, Tariq Shawky, refused to cancel studies or close schools in various education stages, stressing that the exams are on time.

Shawky sent a message to those calling for the cancellation of studies, saying that those who fear about their sons’ safety, they will not make them go to school, explaining that he decided to lift his absence from school.

The dismissal of student Mustafa Shaalan because of his criticism of the overcrowding in his university despite the outbreak of the second wave of the Coronavirus, days after the death of a university student who was forced to attend an exam despite his illness.

A state of anger prevailed on social media a few days ago after a story circulated about the death of a university student named Youssef Fayyad at Sinai University.

The social media activists said that Fayyad died due to being infected with the Coronavirus after the university administration refused to miss an exam despite his complaints of symptoms of the disease.

The students exchanged a conversation on WhatsApp between the student and the dean of the college, where the dean rejected Fayyad’s excuses and asked him to wear a mask and attend the exam.

Many Egyptian accuse the regime of concealing the true numbers of people infected with the Coronavirus, as the security services have resorted in recent months to arrest several doctors who criticized the government’s handling of the pandemic.

285 Egyptian women and girls detained in Egypt for political reasons