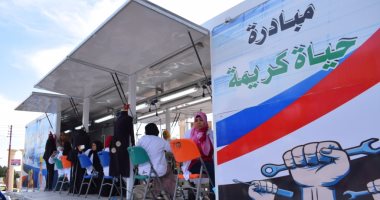 Egyptian general Abdel-Fattah Al-Sisi announced launching the second stage of the Decent Life initiative to provide better living conditions for Egypt’s neediest rural villages. Al-Sisi’s announcement unleashed a vast wave of ridicule on social media. Activists asked about the results of the first stage in light of the increasing poverty rates in the country and the continuing violations of human rights.

In a post on his official accounts on Facebook and Twitter, the Egyptian president stated that this stage of the initiative targets 50 districts, with a total of 1381 villages, where 18 million Egyptians live across the country. “I will follow the steps of implementing this initiative myself,” said Al-Sisi, wishing luck to the officials working on it. According to the Egyptian presidency, 4000 villages were improved under the umbrella of the Decent Life initiative.

On the other hand, opponents cite the high rate of poverty and the decline of the economic conditions, stressing that there is no “Decent Life” in Egypt except for the regime senior men.

OTF: Egypt has seen the worst human rights crackdown since 2013

The unemployment rate in Egypt rose to 9.2% at the end...