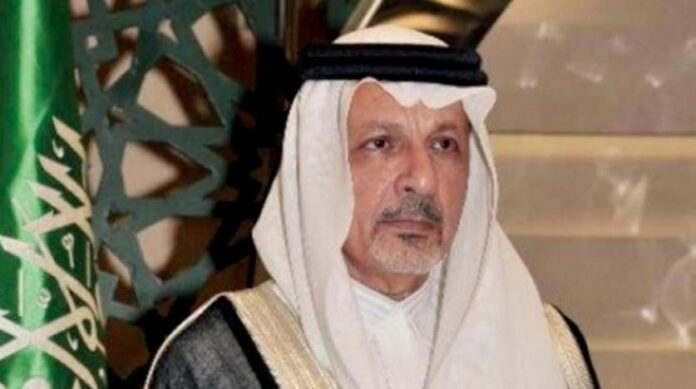 “Shafiq is the legitimate president of Egypt, and the Egyptian army conspired against Morsi.” This was the summary of the shocking speech of the Saudi Minister of State for African Countries, Ahmed Kattan, which indicates the existence of a crisis between Saudi Arabia and Egypt. In this conversation, which cannot be assumed to be spontaneous, Kattan, who was the former Saudi ambassador to Cairo, said that he was officially informed during his work in Egypt that Ahmed Shafiq was the winner of the Egyptian presidential elections in 2012.

This was in front of Mohamed Morsi, the candidate of the Muslim Brotherhood at the time, which would question the legitimacy of Abdel Fattah al-Sisi, whom Morsi had appointed as defence minister, before he turned against Morsi and ousted him from the presidency on July 3, 2013.

Kattan’s interview, which carried many negative connotations, raised estimates that there is a crisis between Saudi Arabia and Egypt, one of the reasons for which, according to some opinions, is the Egyptian regime’s silence about the condemnation of the US intelligence report accusing Prince Mohammed bin Salman of responsibility for the assassination of Khashoggi. There has been no official Egyptian position condemning the American report on Khashoggi’s assassination, with the exception of al-Sisi’s ambiguous talk about Saudi Arabia’s security, which caught the attention of many international media outlets.

Kattan said that he told the US Secretary of State at the time, Hillary Clinton, during a meeting in Washington, that the Egyptian armed forces would not allow the Brotherhood to rule Egypt. This implies that the army conspired against the Brotherhood since before they came to power, and not for their mistakes during Morsi’s rule, and in response to the people’s demands, as the army’s rhetoric has always been headed by al-Sisi.

Interestingly, the broadcaster, who interviewed him in a lengthy interview with the Gulf Rotana channel, commented on his speech about Shafiq’s victory, saying: “So, Shafiq is the legitimate president of Egypt.” Then he concluded the episode: “I quote from Minister Ahmed Kattan, that Shafiq was the one who won the elections,” then laughed. It can be clearly understood from Kattan’s words that what happened on June 30, 2013 was only part of the coup that his country previously supported and that brought al-Sisi to power. Kattan also touched on the issue of Tiran and Sanafir, which al-Sisi transferred to Saudi Arabia. It was remarkable that he said that the credit for this goes to bin Salman’s resolve, speaking of Egyptian evasion on this case before al-Sisi’s era, and talking about al-Sisi’s transparency about it compared to the procrastination of the late President Hosni Mubarak.

The expression “Hazm bin Salman” refers to Saudi Arabia’s pressure on Egypt to transfer ownership of the islands to Riyadh, which does not seem appropriate between two allies, whose relationship is supposed to be on an equal footing. It is noteworthy that the Egyptian journalist close to the regime, Makram Mohamed Ahmed, previously said that Egypt is doing what it has to do to satisfy Saudi Arabia. He pointed out that “the Saudis insisted on completing the agreement to hand over Tiran and Sanafir before the landing of King Salman’s plane in Egypt,” denouncing that Saudi Aramco prevented oil shipments from Egypt.

Several comments suggested that Kattan’s speech came in response to Cairo’s silence regarding the American report accusing the Saudi crown prince of giving the green light to assassinate Khashoggi. Riyadh decided to respond to al-Sisi by reminding him that the kingdom had supported his access to power, but hints that his arrival was illegal and was through conspiracy. Ambassador Abdullah al-Ashaal, the former assistant foreign minister, described these statements as “cheap and aimed at blackmailing the silent Egyptian position from supporting the Saudi narrative in the Khashoggi crisis against Washington.” According to observers, Egypt’s silence about Khashoggi’s report is a diplomatic maneuver from Cairo, with the aim of dealing with “disciplined and orderly,” the new administration in the White House, but Cairo’s stance angered Saudi Arabia. For some time, tensions have escalated between al-Sisi and bin Salman, as they compete for the regional status of their countries.

Saudi Arabia’s decision to stop contracting with any foreign commercial company or establishment that has a regional headquarters in the region, not its Saudi centre, may come within the framework of this competition between the two countries. Although it is seen as being directed to Dubai in the UAE in the first place. Still, Cairo is a regional headquarters for many international companies as well. It is reported that communication channels between Cairo and Riyadh are almost cut off at the present time due to bin Salman’s positions, which al-Sisi believes are harmful to neighbouring countries. Even before the potential spat over the Khashoggi report, the two countries had many differences, if not disagreements. At the forefront of these controversial issues is the Yemen war, as al-Sisi did not provide the hoped-for support to Saudi Arabia in the coalition to support the legitimacy that it established.

Cairo responded with loose words without a clear commitment and announced that it would guarantee freedom of navigation in the Bab al-Mandab Strait off Yemen’s coast, as it is part of the Egyptian national security. Actually, despite this announcement, the Egyptian navy was not known to take any steps in the Yemen war, in addition to the absence of any Egyptian military participation. Cairo’s political and media rhetoric did not adopt sharp positions against the Houthis, with the exception of criticising their attacks on Saudi Arabia and calling for them to respond to the settlement process.

On the Egyptian side, it cannot be ruled out that there is Egyptian discontent with Saudi Arabia (and probably the UAE also) for not supporting Cairo over the Renaissance Dam, in light of the Saudi and Emirati influence in Ethiopia, in light of the two countries’ large investments in Ethiopia. It was noteworthy that Prince Faisal bin Farhan, the Saudi Foreign Minister, stressed in statements a few days ago the importance of reaching a fair agreement regarding filling and operating the Renaissance Dam in a manner that achieves the interests of all parties. This shows that Saudi Arabia stands on an equal footing with the parties to the conflict over the Nile, although it is supposed to support the Egyptian-Sudanese position, especially since they are two Arab countries and important allies.

Among the controversial issues that Kattan touched upon is the Arab League. There is a chronic Saudi-Egyptian dispute over its administration and budget. Still, Kattan’s handling of this dispute and his talk about the status of the Arab League seemed crude and embarrassing to Egypt and the current secretary-general of the Arab League, Ahmed Aboul Gheit. Kattan described the Arab League as an “organisation without teeth.” In addition to his request to amend the statute, he criticised what he considered wasteful in the university and large numbers of its employees, calling for the restructuring and reform of the Arab League. The idea of ​​restructuring is interpreted to be a reduction in the number of Egyptian employees because Egypt exceeded its quota.

Kattan’s speech indicates a clear disagreement between the two countries and a Saudi strike below the belt, which may lead to a crisis between Saudi Arabia and Egypt, but this does not mean the dissolution of the alliance between them or the final separation between them. However, this talk indicates tension in relations between Saudi Arabia and Egypt, or at least a drought, which may have accumulated from the frustrations of both sides regarding the failure of each party to support the other side over many issues, including Yemen, Iran, the Renaissance Dam and the Khashoggi murder.