EgyptWatch
Home Reports Safwan Thabet: The story of a businessman who refused to submit to...
Facebook
Twitter
WhatsApp 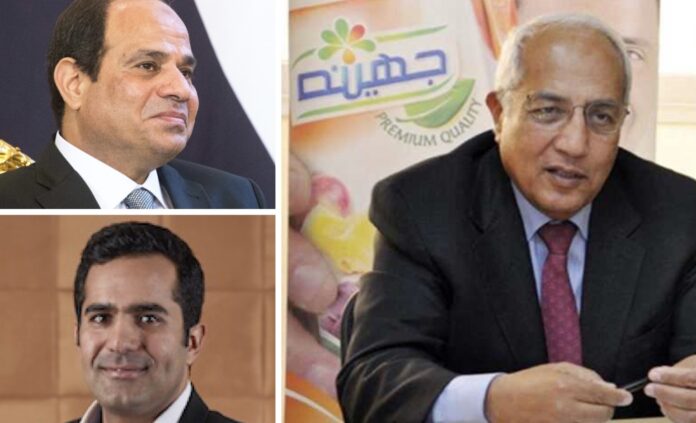 At dawn on 2 December 2020, about 50 heavily armed policemen, led by officers from the National Security, raided the home of the famous businessman Safwan Thabet, 75, in Cairo and arrested him.

Thabet was referred to the Supreme State Security Prosecution, which accused him of joining a group founded in violation of the law, financing a terrorist group, calling for unauthorised demonstrations and inciting violence, based on a confidential investigation report from the National Security Sector, which neither Thabet nor his lawyer was allowed to see. No material evidence was presented of his involvement in any of the crimes with which he was accused. No sooner did Thabet’s family recover from the shock of his arrest, until they were surprised, in early February 2021, that his eldest son, Saif, 40, received a summons to the National Security Sector, and when he went he was forcibly disappeared for four days, before being referred to the State Security Prosecution, which brought the same charges against him as they brought against his father.

Little by little, the facts began to unfold; the arrest of Safwan Thabet and his son were not because they were members of a terrorist group, but rather a punishment for their refusal to surrender to the Sisi regime the family shares in Juhayna, the largest dairy and juice company in Egypt.

The story of Juhayna

In 1983, Safwan Thabet founded the Juhayna Company for Food Industries, which quickly took the lead in the dairy and juice markets in Egypt and then expanded into the Middle East markets. The company currently operates four subsidiary factories and a huge distribution network covering more than 65,000 retail outlets throughout Egypt, as well as a 550-acre dairy farm with a capacity of 8,000 cows. Thabet and his family remained the owners of a controlling stake in Juhayna Company. Until 2010, the Thabet family (father, mother and three sons) owned 51.2 per cent, compared to the rest of the shares owned by a group of Egyptian and Arab investors. After the company was put on the stock exchange in 2010, 50.8 per cent of the shares were acquired by Pharaoh Investments Ltd., of which the Safwan Thabet family owns more than 72 per cent of its shares, compared to the rest of the shares belonging to the other shareholders.

In 1983, Safwan Thabet founded the Juhayna Company for Food Industries, which quickly took the lead in the dairy and juice markets in Egypt and then expanded into the Middle East markets. Thabet also had direct relations with the ministers of economy, finance, supply and others, as well as chairing the Chamber of Food Industries in the Egyptian Trade Federation in 2013 for four years. With the arrival of Sisi to power in 2014, Safwan Thabet was invited to participate in one of the first meetings the new president had with businessmen, a meeting after which Safwan Thabet announced his donation to the Long Live Egypt Fund to the tune of EGP 50 million.

In 2015, everyone was surprised by the issuance of a decision by the Muslim Brotherhood’s Funds Management and Accounting Committee to seize Thabet’s personal, movable and real estate funds, claiming that he was a “Brotherhood element and cadre in the organisation,” and that investigations proved his support for the Brotherhood demonstrations after 30 June 2013. This was followed by the announcement by the Brotherhood’s Seizure Committee in February 2016 that, indirectly, 7.2 per cent of the Juhayna Company shares, owned by Thabet, were seized. In early 2012, the Sisi regime added Thabet to the “terrorist list,” which means that he is banned from travelling. Despite the seizure of his money and his inclusion on the list of terrorists, Thabet remained free and headed the management of Juhayna for five years, as the security services did not arrest him until December.

Everyone was surprised by what happened to Thabet and his son Seif, but sources close to the family and the company revealed that the reason for this was his refusal of the Sisi regime’s requests, as he rejected a proposal submitted to him by a minister to buy the state-owned companies, Qaha and Adfina, which suffer from major economic setbacks, due to the exaggerated amount of financial compensation required by the government. He also rejected a government proposal to merge part of the Juhayna factories with a dairy production factory that the state intends to establish, in exchange for the regime’s approval. After Thabet’s arrest, he bargained heavily with his son Seif to give up the family’s share in Juhayna Company and threatened him with the fate of his father if he did not carry out the order, which Seif refused, after which it was inevitable he would be arrested.

Amnesty International confirmed, in a statement issued a few days ago, that Safwan Thabet and his son Saif are being arbitrarily detained, in conditions amounting to torture, in retaliation for their refusal to hand over the assets of their company.

Safwan Thabet, 75, suffers from stomach ulcers, high cholesterol, fatty liver disease, knee replacements and shoulder injuries. He has been held since his arrest in a solitary cell, while the prison administration refuses to bring food, medicine and clothes regularly to him, which increases the concerns over his health.

Saif suffers from even harsher conditions of confinement, being held in prolonged solitary confinement in an infect infested cell, being denied toilet or shower use, denied adequate food and water, sleeping on blankets on the floor, and prohibited from receiving any personal items or adequate clothing and coverings. His family was also denied the right to visit him on a regular basis and was rarely allowed to see him.

Amnesty International considers that this treatment by the authorities amounts to torture and other ill-treatment and is a violation of Egypt’s obligations under international law.

The Sisi regime claims that it seeks to attract businessmen to invest in Egypt. How does an investor operate in an environment like this? If you are not a partner of the regime and submit to its orders without discussion, then you are not a patriotic and honourable businessman, but an enemy that must be removed from the road. This is the message that the Sisi regime wanted to convey to the concerned businessmen.