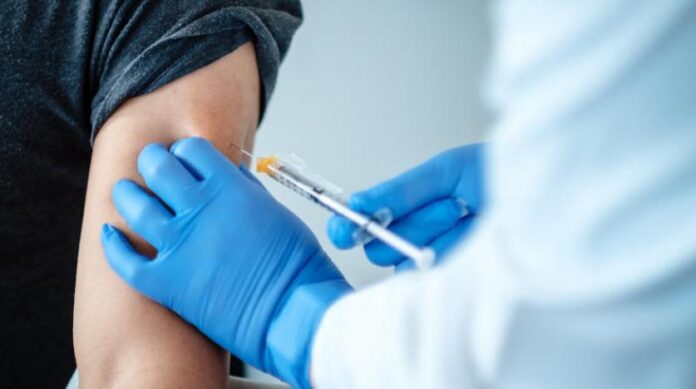 Mervat Mahrous took a calm step towards the doctor who would give her the injection she had been waiting for. Inside the medical hall were others who were over the age of 65 or who had chronic diseases. These are the first categories of care for Egyptian citizens that have been identified by the Ministry of Health to start receiving the vaccine to prevent against coronavirus, in addition to the medical teams that already started receiving the vaccination more than a month ago. Mervat says that she feels that this vaccine will protect her: “If she is exposed to coronavirus, God forbid, it will pass as if it is a common cold.”

The public medical centre in the New Nozha region (north of Cairo), in which Mervat took her vaccination, is one of 40 centres designated by the Egyptian Ministry of Health across the country to give vaccines, which the ministry said will increase in succession to meet the needs of everyone who expresses a desire for the vaccine.

The director of the centre, Hala Mohamed, explains the vaccination procedures, saying that after the citizen receives a letter informing him he will receive the vaccine, personal and medical data are recorded. Then he sits with a doctor who will explain the benefits of the vaccine and its possible side effects before agreeing to take the first dose of it. She added that the team follows up with the citizens after a short period to make sure that there is no health problem, and if that appears, it will help them immediately. Abdul Rahman Mahrous, who also came to the centre to take his first dose, is happy, and he says: “I encourage others to do as I did and receive the vaccine.”

At the same time, Egyptian Prime Minister Mostafa Madbouly, accompanied by Minister of Health Hala Zayed, was inspecting the start of the vaccine distribution in the nearby Katameya area. Madbouly announced that the government seeks to provide the largest number of vaccines of the brands approved by the Egyptian Medicines Authority.

Egypt began to administer the vaccine to those over the age of 65 and those suffering from chronic diseases. The Egyptian Ministry of Health launched a website a few days ago to receive coronavirus vaccine requests. Although the target groups in the first phase amounted to about 20 million people, only about 150,000 citizens applied for the vaccine, according to a statement issued by the Egyptian government on the first days of citizens receiving the vaccine. The number appears small if advertising campaigns to receive the coronavirus vaccine in the local media are also included.

When we wandered around Cairo’s streets to ask citizens what might prevent them from receiving the vaccine, Mohamed, who wore a robe and spoke in an Upper Egyptian accent, told me that he had no internet access and did not know how he could register to receive the vaccine. He continued: “Even if I did that, I do not trust that they will give the vaccine to everyone. They are presenting it to higher social levels.” But Sayed, a home delivery worker, did not agree with Mohamed, speaking from his motorcycle and saying that the vaccine would be distributed fairly. Still, he feared its potential effects, adding: “Everyone is afraid of the new vaccine.” As for Saeed, the street bread seller, he said that he did not know anything about the new vaccine, except when I spoke to him. Lubna says she does not know how non-Egyptians can register for vaccinations.

The Egyptian government had previously announced that the vaccine would be distributed to all those who reside on Egypt’s land. In hospitals, the Ministry of Health vaccinated about 10,000 medical personnel, starting from 24 January. There remains a refusal rate of more than 40 per cent to receive vaccinations, according to Abdel Fattah al-Sisi, two weeks ago. The Egyptian Medical Syndicate has often called on the government to provide vaccinations for medical teams facing the risk of infection with coronavirus inside isolation hospitals, especially as it continues to announce an increase in the number of deaths of its members as a result of their work on the front line.

Islam Anan, professor of health economics and epidemiology, says that the reason behind the lack of acceptance of the coronavirus vaccine, whether from doctors or citizens, is lack of knowledge and lack of awareness. He adds that the result of the delay in receiving the vaccine will make the respiratory symptoms inherent in the coronavirus remain severe, and deaths will not decrease. He explains that this would delay a return to normal life. Annan says that the speed of vaccine production is because scientific research in this matter was unprecedented, as well as the availability of technology in the current era more than it was in the past, in addition to the response of hundreds of thousands of volunteers to participate in clinical trials.

The total amount of vaccines that have reached Egypt so far has not exceeded 400,000 doses, whether from the Chinese Sinopharm vaccine or the AstraZeneca vaccine. Egypt initially received 50,000 doses from China and the same from AstraZeneca, in addition to 300,000 doses that came a few days ago as a gift from China. Each person needs two doses to complete the vaccination process, which means that Egypt still has to obtain more than 200 million doses to secure Egypt’s need for vaccines. Egypt hopes to receive more vaccine doses during the current month. Several people have questioned why there is a delay in doses arriving.