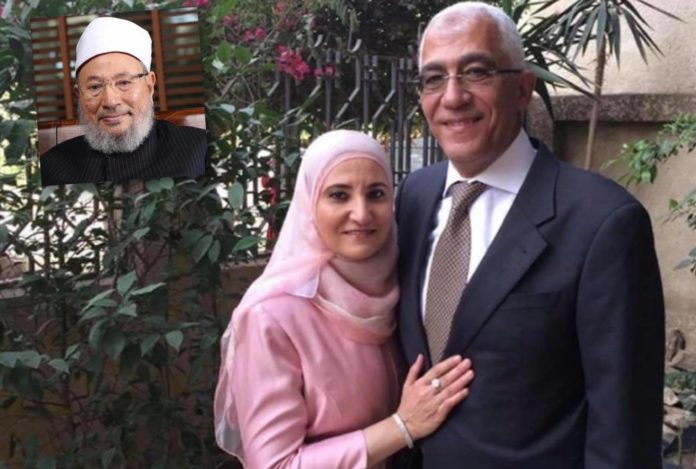 Ola Al-Qaradawi and her husband Hossam Khalaf have completed 1,400 days of detention in the prisons of General Abdel Fattah Al-Sisi’s regime after her arrest in early July 2017 and since then, their pretrial detention without trial has been renewed.

Ola and Hossam are the most famous couple in Egyptian prisons. They were subjected to all kinds of violations, harassment, and revenge because Ola is the religious scholar Yusef Al-Qaradawi’s daughter. He resides in Qatar and opposes Al-Sisi’s regime and the military coup.

Sheikh Yousuf Al-Qaradawi was sentenced to death in absentia in a political case. Human rights activists believe that the Egyptian authorities are retaliating against him by abusing his daughter Ola and her husband, Hossam. Ola Al-Qaradawi is about to complete four years in detention, during which she was subjected to various types of persecution, starting with solitary confinement for two years, through the renewal of pretrial detention and her re-detention in a new case in 2019.

Al-Qaradawi and Hossam Khalaf’s family revealed countless violations that the 60-year-old woman is subjected to, including the fact that her family cannot visit her in prison. Ola Al-Qaradawi suffered various illnesses in detention due to the miserable prison conditions, as security authorities have forced her to sleep on the floor and wash other prisoners’ clothes, in addition to having poor ventilation in her cell.

Ola Al-Qaradawi spent two years as a detainee, and her remand detention was renewed. After she completed the maximum pretrial detention period, she was released and then re-imprisoned again in 2019 for another two years. The Egyptian police did not release Al-Qaradawi despite the court’s decision on July 4, 2019. A member of the Supreme State Security Prosecution renewed the old charges against her in a new case. The prosecutor alleged that Ola carried out terrorist activities inside the prison and ordered that she be kept in solitary confinement, beginning two years of detention and abuse under the umbrella of pretrial detention.

Al-Qaradawi’s family said in human rights reports that Egyptian security forces have been placing them in solitary confinement for 23 hours a day in Al-Qanater prison for the past four years.

The family’s statement added that her husband is being held in the notorious Scorpion Prison, as well as in solitary confinement and that Ola and Hossam have very limited access to lawyers and the family during this period, and they have not been allowed to receive phone calls. The arrested couple’s family said they were unable to obtain adequate health care, food, and medicine. According to the family, Ola’s physical and psychological condition has deteriorated during the 1,400 days since her detention without trial since July 2017. A family member said that prison authorities deprived Ola of sunlight, a sleeping mat or a pillow and added that they have never been able to communicate with Khalaf since his detention and did not know anything about his health.

Egyptian security justified Ola’s arrest in 2017 by saying that the two spouses had sold the property of a chalet belonging to her father. Despite that, the authorities confiscated his money and his children’s money under the pretext that they had joined the Muslim Brotherhood. The State Security Prosecution investigation was already focused on the incident, which Al-Qaradawi’s family denied in an official statement, confirming that the chalet belongs to his late wife. After only two days of investigation, the family was surprised that the couple were accused of joining and financing a group in contravention of the law, the same charge that Ola was rearrested on the basis of in a new case in 2019.

Human Rights Watch reported in 2017 that the detention of Al-Qaradawi and Khalaf related only to their relationship with her father, the Islamic scholar Yousuf Al-Qaradawi, who lives in Qatar and holds her nationality. The father, Yousuf Al-Qaradawi, the late President Mohamed Morsi, and 98 others accused were sentenced to death in absentia in a political case after the military coup. Human Rights Watch’s analysis of the case shortly after the decision found that the trial was not fair and the judges were unable to prove any criminal guilt.

According to human rights activists, the Public Prosecution’s Office in Egypt made a laughing stock of the law, as it fabricated strange accusations against Al-Qaradawi – including that she carried out terrorist activities from inside the prison ­– so that they could keep her locked up. Sarah Leah Whitson, the former Middle East and North Africa director at Human Rights Watch, has said that the renewal of Ola Al-Qaradawi’s detention without any apparent reason, other than being the daughter of Yusef Al-Qaradawi, exposes the Egyptian authorities’ brazen use of the judiciary as a means of repression. 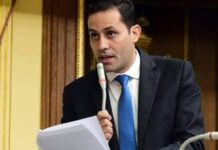 Private universities in Egypt are a prelude to abolishing free education

How Egypt lost its diplomatic role in Palestine