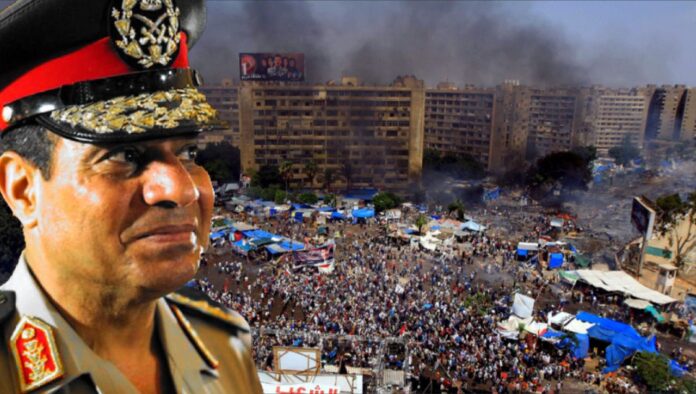 In a Letter, the political refugees warned that Egypt’s government could use the environmental summit to ‘whitewash’ its human rights abuses record.

A group of Egyptian political exiles wrote to UK Prime Minister Boris Johnson asking him to withdraw an invitation to President Abdel Fattah el-Sisi to join an environmental summit in Glasgow later this week.

Almost 40 Egyptians who sought political asylum in the UK signed the open letter expressing their concern upon hearing that the British government had invited Sisi to attend the UN Climate Change Summit (COP26) in Scotland set to begin on Sunday. “We, like many Egyptians before and after us, had to flee for our lives from Egypt where the military regime, helmed by Abdel Fattah el-Sisi, kills, persecutes, tortures, and enslaves civilians who dare to raise their voice against the injustice doled out by the Sisi government,” the signatories wrote.

Egyptian security agencies had held a firm grip over political activism and dissent since Sisi staged a military coup in 2013, removing the government of Mohamed Morsi, the first democratically elected civilian president in Egypt’s history. Rights groups estimate that around 60,000 political prisoners are currently held in Egyptian prisons, and concerns have been raised about incarceration conditions, including overcrowding and torture.

“[The] UK, as a nation that has prided itself in being the advocate of human rights and equal opportunity, gave us safety, protection, and freedom after we were forced to leave our home,” the political refugees said, demanding an immediate withdrawal of Sisi’s invitation. “[Sisi] has the blood of thousands of Egyptians on his hands. He is the reason for thousands more losing their homes… Sisi’s regime massacred hundreds of civilians in one day,” the letter said, referring to the 2013 Rabaa massacre, when Egyptian security forces conducted a brutal operation to clear thousands of protesters in Cairo, killing at least 1,000.

The Letter went on to note that under Sisi, media had been suppressed and is reportedly controlled by the military, while several journalists have been arrested. “While we were lucky to secure refuge in the UK and have the precious freedom to speak freely, our people in Egypt are living in a constant state of fear and are being denied basic human rights,” they said. “To, therefore, invite such a man, a dictator, would be a complete violation of the British values of human rights that your government has claimed to champion,” the letter added. “You are extending an invitation to a man that stands against every British value.” COP26 is a significant two-week-long summit and is expected to be attended by 20,000 people from almost every country in the world, including scientists, leaders and activists. The letter said that Sisi’s government could use the occasion to “whitewash” his regime’s appalling human rights abuses record.

On Monday, Sisi announced that he was lifting the state of emergency in place in the country since 2017 following the deadly bombing of two Coptic churches in Cairo. “Egypt has become, thanks to its great people and its loyal men, an oasis of security and stability in the region,” the president said on Monday evening.