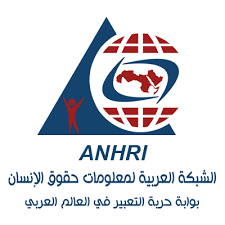 The Arabic Network for Human Rights Information (ANHRI) announced that “given the increasing disregard for the rule of law in Egypt, growing violations against human rights which do not spare independent human rights organisations and defenders, and an increase in police harassment, whether under a legal or judicial pretext or through explicit persecution, that starting today it will be suspending its operations and activities.”

“ANHRI’s decision to suspend its activities comes after many strenuous attempts to continue to operate despite the difficult conditions which Egyptians are going through and the state of political instability that the government has employed to put restrictions on independent human rights organisations, as well as the expansion in the arrests and detention of human rights defenders, journalists and political activists, regardless of whether they are independent or affiliated to political parties.” “While all independent human rights organisations in Egypt face harassment, persecution and threats, the security forces’ targeting of ANHRI has been particularly severe and hostile, ranging from arresting members of the ANHRI team, thefts, violent physical assaults, and illegal summons, all the way to attempts to recruit some staff members as informants on ANHRI, and is part of a growing list of violations and harassment.  Unfortunately, the Public Prosecution was not satisfied with not providing protection, but has contributed to the violations and restrictions against ANHRI and its team.”

“ANHRI’s suspension of activities today comes after nearly 18 years of tireless and loyal work on behalf of the values ​​of human rights and the rule of law and after fighting many battles from 2004 until now. These years represent an indelible part of history during which ANHRI defended freedom of expression and hundreds of journalists and opinion-holders in Egypt and the Arab world and preserved an important part of the history of the Egyptian and Arab human rights movement in its archive.” “ANHRI led several initiatives to reform the police and the media, and supported bloggers and journalists by creating Katib blogging platform and Wasla newspaper, as well as Katib website, which was blocked nine hours after its launch. These and many other ANHRI activities and achievements represent part of the struggle of the human rights community towards establishing a state of institutions, justice and the rule of law.”

The organisation’s director, Gamal Eid, said: “We are suspending our institutional work and activity today, but we remain conscientious lawyers, human rights defenders, and independent individuals. We work side by side with the few remaining human rights organisations, independent human rights defenders and pro-democracy movements.” He added, “Despite our conviction that the new law of associations is unfair, we started registration consultations, only to be surprised with difficulty reaching the point of impossibility, as we are still accused in Civil Society Case No. 173, 11 years ago, which prevents us from registering or dealing with official authorities. In addition, we received a message about the necessity of changing the name of the Arab Network and banning work on freedom of expression and prison conditions, even though they have been the main activity of the network since its inception. After this honourable history that we are proud of, we refuse to turn to an institution that works on unimportant topics.”