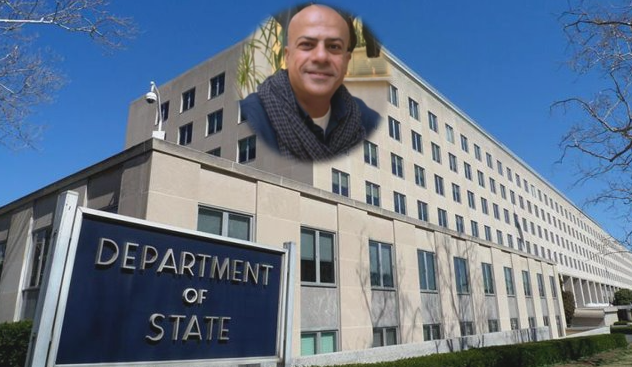 The United States has expressed its alarm at reports that the late Egyptian economic researcher Ayman Hadhoud was tortured while in detention, stressing that the circumstances of Hadhoud’s arrest and death require a comprehensive, transparent and credible investigation by the Egyptian government. This was stated by the spokesman for the US State Department, Ned Price, in a press conference. Price emphasized his country’s urging the Egyptian government to make progress in improving the human rights situation during almost every meeting.

Hadhoud died on the fifth of last March at the Abbasiya Mental Health Hospital, according to a statement issued by the Egyptian Public Prosecution. A whole month separates the date of death announced by the Public Prosecution and Hadhoud’s disappearance, which his family determined to be on February 5th. Hadhoud’s family also learned that he was in a National Security headquarters before being transferred to the hospital.

Amnesty International said that Hadhoud had been tortured or ill-treated shortly before his death after an investigation that included interviews with witnesses and sources and an independent forensic expert’s analysis of the leaked photos of Hodhoud’s body.

The Public Prosecution ruled out any criminal suspicion in Hadhoud’s death, noting that the official forensic report revealed that the cause of death was a chronic heart condition. Price welcomed Egypt’s recent release of dozens of political prisoners and journalists, stressing the strong US support for these releases. He also noted that improving Egypt’s human rights situation “will lead to progress in our bilateral relationship.”

The kidnapping and killing of a child raises a storm of...