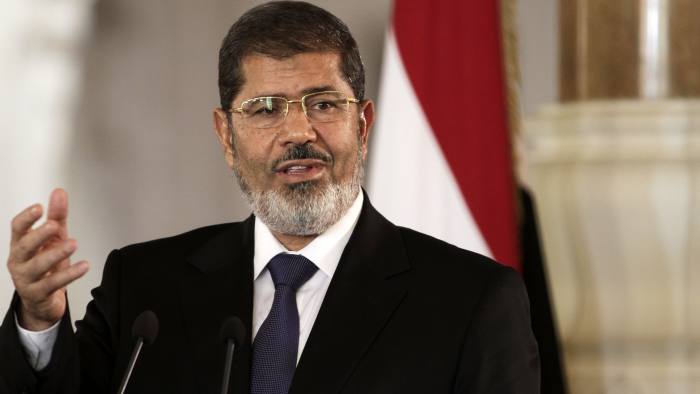 “Dr Morsi was held in brutal conditions, especially during the five years in Tora prison. What happened to Morsi may amount to an arbitrary killing with state approval. We call for an effective, independent, transparent investigation of Morsi’s unlawful death.” UN human rights experts’ comment on the death of former President Mohamed Morsi

One week ago, the third anniversary of the death of former President Mohamed Morsi, the first democratically elected Egyptian president in the modern era, after suffering years of severe detention conditions, deliberate medical neglect, and deprivation of the most basic human rights. Despite local and international calls and appeals, no investigation, even formal, has been conducted so far into the circumstances of his arrest and the circumstances of his death.

“If the price of maintaining legitimacy is my blood, then I am ready for that,” President Morsi said in his last official speech before July 2013. He said it and believed it. Only six years after his arrest, he paid his life for upholding his legitimacy as an elected president, refusing any compromises or concessions that legitimized Sisi’s rule. It did not expect that Morsi would receive treatment worthy of his position as a president who had turned against him. It did not expect that his prison would be of a luxury hotel standard, as happened with the ousted dictator Hosni Mubarak, who was overthrown by the January 25, 2011 revolution. Still, he expected to receive the minimum of humane treatment as a prisoner, at least for fear of international criticism.

Al-Sisi’s regime set aside all expectations, international criticism, principles of human rights and prisoners’ rights, and President Morsi had faced the worst treatment. According to UN experts, “Dr Morsi was kept in solitary confinement for 23 hours a day, and was not allowed to see other prisoners even within the hour he was given to exercise. He was forced to sleep on a hard floor, and they gave him one or two blankets. He was not allowed to obtain books, magazines, writing instruments, or radio.

Morsi was subjected to terrible psychological pressure in his detention. On the few times that he was able to speak during his trial, he texted, “I am being threatened and endangered. I want to sit with the court in a private session. I want you to know my condition (in my prison)”, which included These pressures, he was prevented from being visited, as during his six years of imprisonment he only met three times with his family members, and he was not allowed to meet with his defence team only a few times, to the extent that he complained in one of his trial sessions that he did not know the names of the lawyers who defend him! Morsi suffered from deliberate medical negligence. Although he had diabetes and high blood pressure, he was “deprived of life-saving care, and as a result, he gradually became visually impaired until he lost sight in his left eye and often fell into a diabetic coma and loss of consciousness. In addition, he suffered from tooth decay and gum infections,” according to UN experts.

Over the years of his detention, international and local human rights organizations and public figures have called for improving the conditions of Dr Morsi’s imprisonment, taking into account his status as a former president, his age (68 years) and his health condition. Still, the Sisi regime was deaf to these demands, indifferent to any criticism.

UN experts assert that they “repeatedly warned the Egyptian authorities that Morsi’s detention conditions would gradually affect his health and possibly lead to his death. But there is no evidence that the authorities did anything to address these concerns, although the effects were visible.” Human Rights Watch described Morsi’s death as “terrible but completely expected,” stressing that “the government did not allow him to obtain the necessary medical care and denied him family visits.” All of this confirms that the Sisi regime had an intent to slowly kill Dr Morsi through deliberate medical negligence and denial of his rights as a human being and as a prisoner to affect his psychological and physical health. Thus we are facing a premeditated murder, not a natural death.

Yes, the Sisi regime prevented any investigation into the circumstances of Morsi’s arrest and death because any independent study would have condemned him of murder. Still, there will come a day when this regime will fall. Serious investigations will reveal what this honourable, patriotic man suffered until his death and will bring the real perpetrators to trial one day.