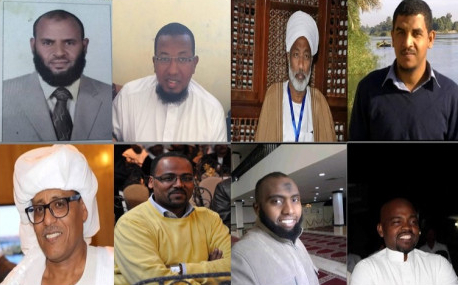 Human rights groups have called for the immediate and unconditional release of ten Egyptian Nubians detained in Saudi Arabia for more than two years.

They said the Egyptian Nubians were being tried before a superior court simply for exercising their right to assembly.

Rights groups, including the Cairo Institute for Human Rights Studies and the Association for Freedom of Thought and Expression, have renewed their condemnation of the Egyptian government’s position, which they described as laziness, saying that it failed to intervene directly to release them or even provide them with legal support. They also expressed grave concern that the detainees might be sentenced to years in prison. They added that the detainees were subjected to various types of ill-treatment during their detention, as they were denied the right to visits and correspondence. The case dates back to October 25, 2019, when a Nubian society organized a symposium in Riyadh to commemorate the Nubian soldiers who participated in the October 1973 war.

The Saudi police interrupted the event and interrogated its organizers about their political leanings and the activities of the Nubian community in Saudi Arabia. Amnesty International had described the court hearing of the case as a “repressive tool targeting politicians, activists and journalists”. Human Rights Watch also said that the Egyptian government’s apparent support for their arrest reflects decades of repression, subjugation, and forced displacement.

The foolish authorities are squandering hope for politics in Egypt