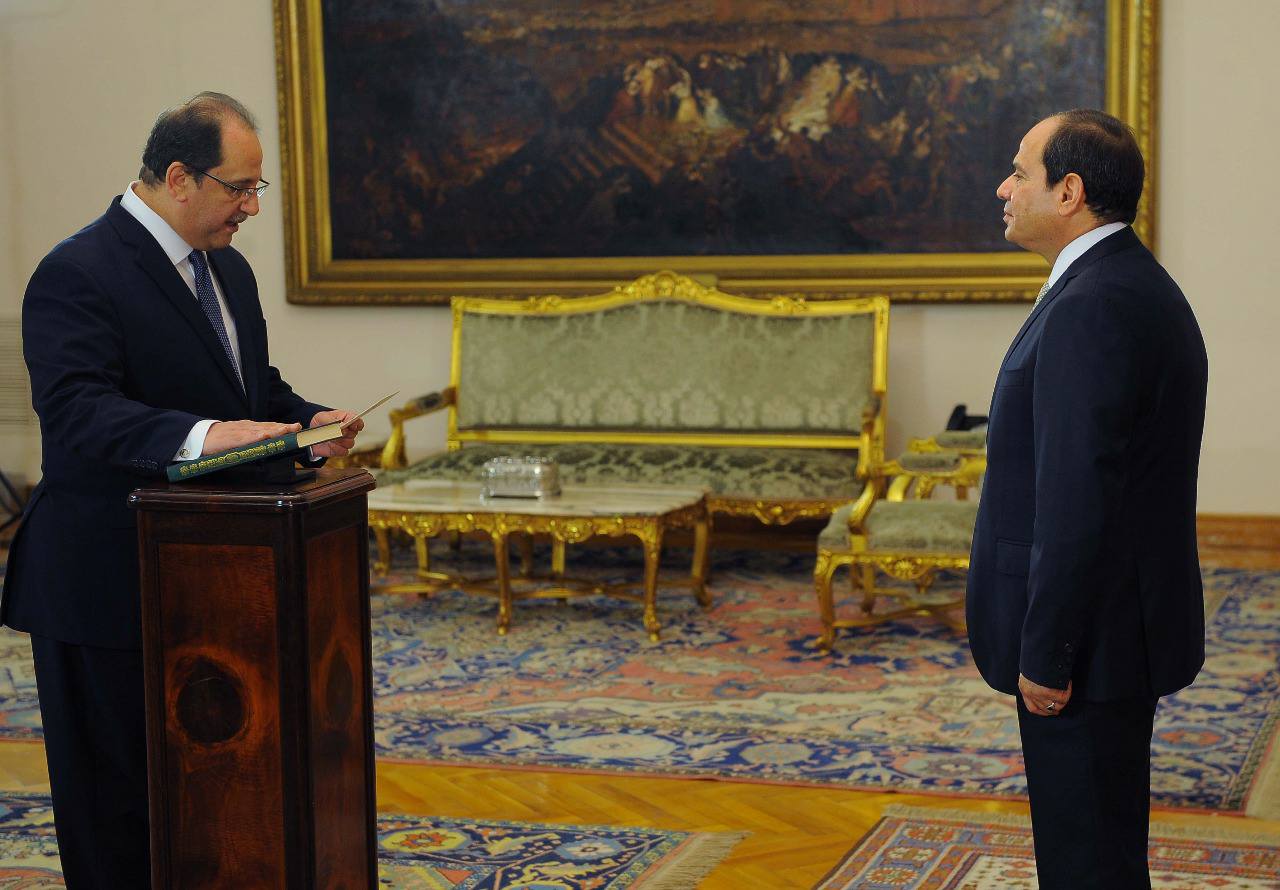 General Abbas Kamel, 62, the president’s secrets keeper and the closest person to him, is the 26th president of General Intelligence, one of the so-called sovereign agencies alongside Military Intelligence and the National Security Services.

The name Kamel appeared for the first time in October 2013 during an interview with then Defence Minister Abdul Fattah al-Sisi. When the interviewer asked him about the number of killings in the Rabaa and Al-Nahda sit-ins, al-Sisi answered: “ask Abbas.”

This step came after General Fawzy was dismissed a few days after a leaked phone call was published by The New York Times. The newspaper alleged that the call was between a military intelligence officer and several journalists and artists. The alleged officer uttered insults to officers in the General Intelligence for the allegation of being advocates of Ahmed Shafiq in the last presidential elections which witnessed no competitors to al-Sisi apart from unknown politicians.

According to an Intelligence Online report, there was tension between Fawzy and the Interior Minister Magdy Abdul Ghaffar who was responsible for the jihadist groups. The service accused Abdul Ghaffar of being nonaligned to recent effective strategies of fighting terrorism.

As for Kamel there are analysts who believe that he stood behind al-Sisi’s rise to presidency after he ousted Morsi’s regime. After working in several positions Kamel was al-Sisi’s companion during his work in the Military Intelligence as his secretary. He was with al-Sisi when he became the Minister of Defence and later the president. Abbas has been called the secrets’ keeper, the shadow of the president and the presidency fox because of his proximity to the president.

Because of the nature of his work, his expertise and the high-profile intelligence in the files that have been assigned to him, he used to accompany the president on conferences both inside and outside the country.

General Kamel chaired the committee of experts assigned to check evidence in the case of sharing intelligence with Qatar, in which the former president and a number of Brotherhood leaders are accused of leaking national security documents to Qatar, according to Kamel’s testimony in the 2015 trial.

Member of the parliamentary committee of national security, General Hamdy Bekhit, stated in press releases that there are three main reasons why Abbas Kamel is in this position, including his intelligence background. He also indicated his work as the chief of the president’s office, liaising with concerned authorities, his knowledge of their files and missions and also the fact that he conducted the work of the General Intelligence.

According to reports, Kamel graduated from the Egyptian Military Academy in 1978 as an officer in the armored branch. With advanced armored training from the USA he advanced through the ranks of the Military Intelligence and Reconnaissance until he became the head of department.

Mada Masr was the first website which mentioned that Abbas Kamel attended the constitutional amendments discussions. Reuters collected other details to complete the picture concerning the discussions and how he gained the support of MPs and the media.

The General Intelligence service was established in 1954 by the late president Gamal Abdul Nasser and played a major role in the history of Egypt. For many years the General Intelligence has managed relations between Egypt and Palestine. A few months ago it helped resolve disputes between the Palestinian National Authority in West Bank and Hamas which controls Gaza Strip.