On Wednesday, Reporters without Borders (RSF) called for the immediate release of three Egyptian journalists who have been in administrative detention for two years. RSF condemned the use of administrative detention to imprison journalists arbitrarily in Egypt. RSF said in a statement on Wednesday: “The three journalists [were] held for the past two years, the maximum legal length of administrative detention in Egypt.”
The statement mentioned Hassan al-Banna Mubarak, a young reporter for Al-Sharq newspaper, Moustafa al-Aasar, who reported for the Ultra Sawt, Al-Quds and Al-Araby newspapers, and Moataz Wednan, a contributor to the Huffington Post Arabic website. Egyptian law limits the period of administrative detention to two years. RSF’s statement comes less than two weeks after the release of the Egyptian journalist Ahmed Abu Zaid al-Tounoubi, more than two years after his arrest. It also comes two months before the editor-in-chief of Masr al-Arabia news website, Adel Sabry, will have completed two years in prison since his arrest in 2018 for translating an article about electoral bribery in the presidential elections in March 2018. In one of his articles al-Aasar criticised the lack of pluralism in Egypt’s presidential elections. In another article, for Al-Araby, he criticised the authorities for constant blocking of news websites.
On February 4 2018, al-Banna and al-Aasar were arrested and detained in Tora Prison. They both have health problems. The prison authorities refused a request by al-Banna’s family for him to be transferred to the prison infirmary after he complained of having chest pains and breathing problems. As for Wednan, he was arrested on February 16, 2018, while working for the Arabic version of the Huffington Post. He has so far been allowed only four family visits since his arrest on February 16 2018, which came after he interviewed Hisham Genena, the former head of the Central Accounting Authority. Genena was supposed to be Deputy for former Chief of Staff of the Army Sami Annan when he announced his intention to run for president as a rival to General Abdel Fattah al-Sisi. Wednan’s family said they fear authorities could implicate him in another case in order to prolong his detention despite the lack of evidence to support the accusations made against him.
Head of RSF’s Middle East desk, Sabrina Bennoui, confirmed that “two years of provisional detention were finished and still no judicial decision.” “The Egyptian authorities use administrative detention as a way to keep holding journalists arbitrarily, and they violate the two-year limit on this form of detention although it is already an abnormally long period to hold someone without trial,” she added. Of the approximately 30 detained journalists identified by RSF, the overwhelming majority are being held preventively and have not yet been convicted. The main charges on which the Egyptian judicial authorities keep on extending their detention are “membership of a terrorist group” and “spreading false news.”

Over the past years, pre-trial detention has turned into a systematic policy by which the regime takes revenge on journalists and opponents. But only the lucky ones are released after two years, others remain in prison beyond this period. For example, in March 2019, Egyptian authorities released the Egyptian journalist Hisham Jaafar after he completed three and a half years of pre-trial detention, in clear violation of the law.
Other journalists were released for a short period of time and were re-arrested on new cases, on the same charges, and imprisoned again, including the journalist Hassan al-Qabbani. In May 2019, after holding Al Jazeera journalist Mahmoud Hussein for two and a half years, the judicial authorities decided to release him conditionally in May 2019, but changed their minds at the last moment and opened a new investigation into him. According to Reporters without Borders, Egypt is ranked 163 out of 180 countries in the 2019 World Press Freedom Index. 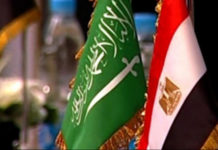 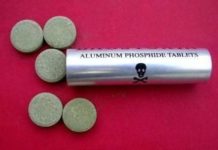 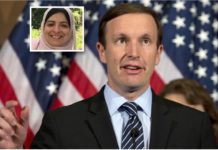 Khairat al-Shater: Accusations against the Brotherhood are fabricated for political reasons

Obtaining security permission: Euthanasia of the press in Egypt