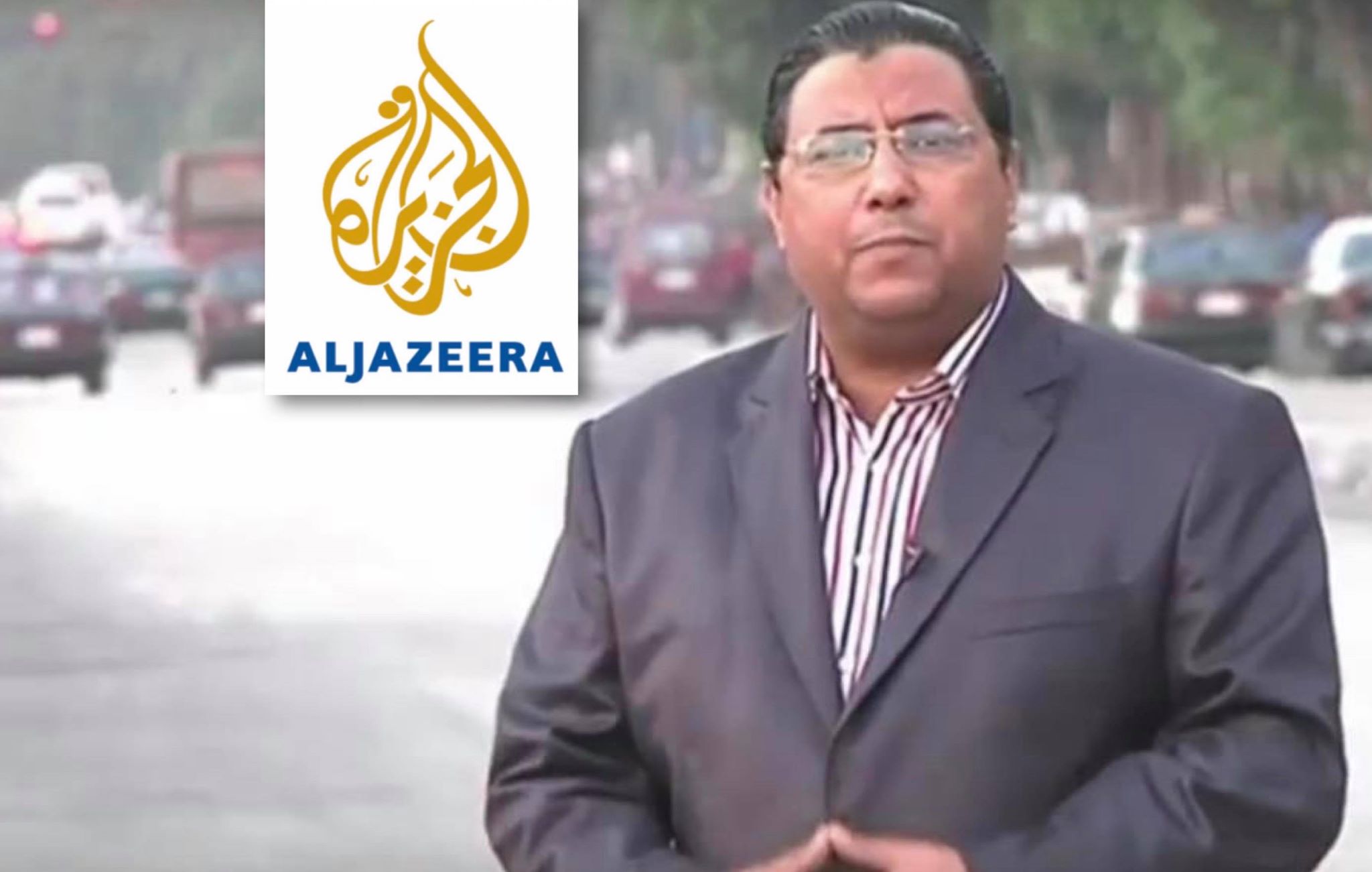 The appearance of the Al Jazeera reporter detained in Egypt, Mahmoud Hussein, in a video clip during a report broadcast by the Al-Arabiya and Al-Hadath TV channels has caused widespread controversy. Hussein, in custody since the end of 2016, appeared in what looks like a hospital talking with the correspondent of both channels, claiming that his family are allowed to visit him in prison and he is given sufficient medical care. He says that his relationship with the prison administration is good. Supporters of the Egyptian regime consider Hussein’s interview as testament to the provision of quality health care for detainees in Egypt’s prisons. However, media and human rights activists criticised the report, noting that it lacked the most basic professional standards and journalistic ethics.

Social media users accused the report of being misleading, twisting the facts and painting a different picture to what Hussein has actually been exposed to, by forcing him to talk about things he previously complained about. They also questioned why the reporters did not ask about the injury on his hand or why he has been detained for three years in pre-trial detention. Others asked the Saudi channels if it knew at all that Hussein was a reporter and a journalist. While the Egyptian regime was seeking to improve the image of its treatment of detainees in prisons by publishing this video, it seems that the result was counterproductive. This video reminded the public that more than 10 political detainees have died in prison as a result of medical negligence since the beginning of 2020. Human rights activists asked whether there had ever been a political detainee who left prison, travelled abroad, and then said that prison conditions in Egypt are good. Political opponents said it was not expected that Hussein would say otherwise while he was under the control of a regime which is responsible for hundreds dying in prison: “It was illogical to say otherwise.”

On December 25, 2016, Egyptian security forces arrested Mahmoud Hussein during his annual holiday to Cairo. The authorities also arrested his two brothers and raided their homes. A force from the National Security Service took Hussein and his two brothers to an unknown destination and charged him with “inciting against the Egyptian state, provoking chaos, disturbing the public peace, broadcasting inflammatory film material against Egypt, and publishing false news.” On May 21 last year a decision was issued to release Mahmoud and despite the prosecution’s appeal on May 23 the judiciary upheld the decision to release him with precautionary measures two days a week. But a week later he was sent back to prison pending a new case with charges including “spreading false news about the political and economic conditions in the country with the intention of disturbing the public peace within the framework of the Brotherhood’s goals, and promoting the aims of the group aimed at undermining confidence in the Egyptian state and its institutions.”

Since Hussein’s arrest, a number of media and human rights organisations and figures have demanded his release, denouncing the charges against him. He has been held in a solitary cell for several months, and has suffered from shortness of breath and weight loss. His left arm is broken and he has been denied family visits. A UN team said in 2019 that Hussein’s detention was arbitrary and violated international laws. A decision by the team stated that “Hussein’s detention is a political act related to his relationship with the Al Jazeera network and is part of the campaign launched by the Egyptian authorities on Al Jazeera based on its coverage in Egypt.”

CPJ: Egypt is one of the world’s worst jailers of journalists