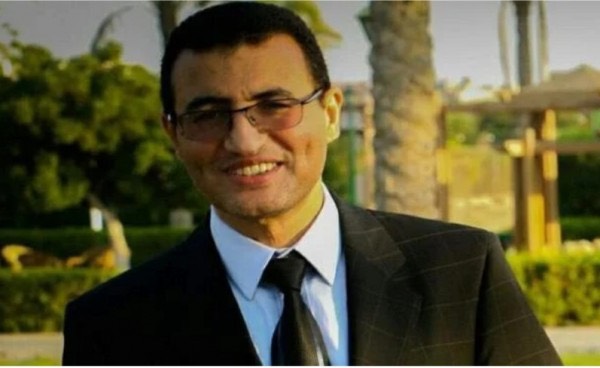 Egyptian human rights sources have announced the death of a political detainee as a result of torture inside the headquarters of the National Security Forces in the city of Shebeen el-Kom in Menoufia Governorate in northern Egypt. This brought the number of deaths in Egyptian prisons and detention centres within 24 hours to four, after three other detainees died in the early hours of Friday morning. The Egyptian Coordination for Rights and Freedoms (ECRF) said that the engineer Hisham Abu Ali from the Tala Centre in Menoufia Governorate died as a result of torture inside the headquarters of the National Security Service in Shebin el-Koum, Menoufia Governorate. ECRF pointed out that Abu Ali had been forcibly disappeared for two weeks before he appeared on a case. He was disappeared again a few days later inside the National Security headquarters. Abu Ali’s family confirmed that one of the Ministry of Interior officers called her to receive his body, stressing that he was (before being arrested) healthy and does not suffer from any disease before he was arrested by security officials two weeks ago. The case of Abu Ali (56 years) is a dangerous indication of the continuing policy of systematic torture of the Egyptian regime, and the use of heinous methods in retaliation against political opponents.

On Thursday detainee Subhi Fathi Abdel Samad Ramadan (60 years), from the village of Kafr Abdel Nabi affiliated to Minya al-Qamh, Sharkia governorate north of Cairo, died in Zagazig Prison. Ramadan was held in custody for more than a year and died after his health deteriorated inside the detention facility where he was being held.

Also last Thursday, Borg al-Arab Prison in Alexandria witnessed another death, citizen Hamdi Mohamed Abdo Hashem Abdel Barr, from Mashtoul al-Souk Center in Sharkia Governorate. Abd al-Barr was previously sentenced to two years in prison on a political case where his health condition deteriorated. He was transferred to the prison hospital in the first week of his deportation, then died later, according to human rights sources.

Activists also announced the death of the detainee Tony Hassan Khalifa, the director of a post office, Abu Qulaa, in Minya Prison, after a four-year detention.

The four have been added to the list of victims in Egyptian prisons and detention centres since the beginning of this year, along with 14 others before them, reaching a total of 17 people, largely due to medical negligence. Thousands of political detainees in Egyptian prisons face the risk of death as a result of torture and intentional medical neglect. Reports by international human rights organisations say that prisons and detention facilities in Egypt since the coup of July 3, 2013, have turned into mass graves given the unprecedented treatment and torture and physical and psychological torture practiced against opponents of General Abdel Fattah al-Sisi. February witnessed four deaths in Egyptian custody facilities, raising the number of the death toll since the beginning of the year to 11, then another three in March, most of them because of systematic deliberate medical negligence.

Many human rights organisations have denounced the systematic, deliberate medical negligence practiced by security services inside Egyptian prisons, in addition to depriving them of adequate food, heating, and sunlight. According to a recent human rights report, 917 prisoners died between June 2013 and November 2019, including 677 as a result of medical negligence and 136 as a result of torture.