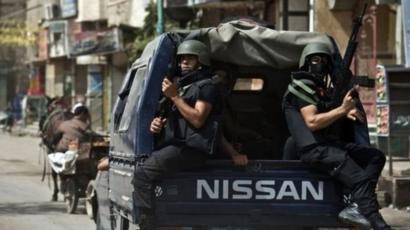 Human Rights Watch and Baladi, a human rights organisation, have issued a joint report entitled “No one cared he was a child,” in which they said the Egyptian police, the National Security Agency, and military officials arbitrarily arrested, forcibly disappeared, and tortured children as young as 12 while prosecutors and judges turned a blind eye. The report monitored violations against 20 children between the ages of 12 and 17. “The harrowing accounts of these children and their families reveal how Egypt’s machinery of repression has subjected children to grave abuses,” said Aya Hijazi, co-director of Beladi. “Egyptian authorities act as though they are above all laws when it comes to children in detention,” she added.

Fifteen of the 20 children said they were tortured in pretrial detention, usually during interrogation while held incommunicado. In addition, another child was badly beaten by prison guards. Seven children said security officers tortured them with electricity including with stun guns. A boy arrested at 16 told a relative he was worried he might “never marry or be able to have children” because of what Egyptian security officials did to him in detention. Abuses against children as well as adults by Egypt’s security forces have become flagrant under the government of President Abdel Fattah al-Sisi. The Interior Ministry’s National Security Agency’s officers were responsible for the majority of abuses documented in the report, but police and in some cases army officers were also involved.