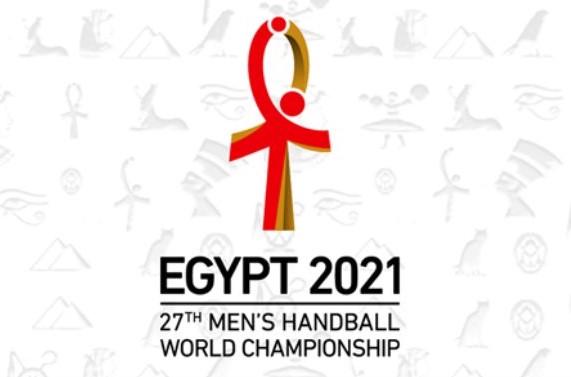 “The Egyptian government wanted the World Handball Championship to be a project to polish the regime’s image.” With these words, the Danish newspaper Politiken described the World Handball Championship that Cairo is hosting from January 13 to 31. The newspaper cited the Minister of Youth and Sports Ashraf Sobhi, who said that his country “has three new pyramids,” referring to the new sports hall, hoping that “it will attract visitors from all over the world, which is a source of pride for Egyptians.”

Politiken points out that until Sunday evening, “the ruling elite wanted the audience to attend the tournament, but with the expansion of the protests of the participating international teams, they retreated from the matter.” Under the heading “The Danish national team will be isolated in the bubble of the Egyptian elite,” the article went on to say that “the reality is that only the elite is protected [from the epidemic], while the general public is living [amid infections that are out of control].” Politiken reviewed the vast sums spent on building three sports halls in the city of the new government for a country already suffering from economic weakness and heavy debt.

The newspaper reported that “Prime Minister Mostafa Madbouly considered at the cabinet meeting last week that the tournament would give Egypt additional points internationally, and that it would give a great impression that reflects Egypt’s status and ability.” The newspaper stated that “since his coming to power, Abdel Fattah al-Sisi launched a huge building boom to give the impression that society is progressing and to restore the image of the fractured country.” It indicated, in the context of dealing with the corona epidemic, that the official statistics are “unreal,” stressing that “the authority and its elites live in special bubbles, while the people are left to be ravaged by corona, in the absence of care.”

Despite that, the upcoming teams will be received in special halls at the airport. They will be tested every three days, and they will be transferred to live like the ruling elite in special bubbles, without mixing with thousands of workers who are not provided with any care. In the meantime, according to the newspaper, “the Egyptian authorities insist that they have controlled the epidemic in the country.” On that, it added, “Official government sources, coinciding with the handball championship debate, talk about it succeeding in confronting corona more than other nations.” While other voices talk about Egypt being the worst place in the world in terms of infections, examinations, and care, the authorities insist that the number of infected is less than those in Denmark, while the number of official deaths is five times that of Denmark.

Politiken points out that “official statements about corona do not tell the truth, as Egypt outperforms in the region only Yemen and Syria, which have been plunged into war.” In this context, it explains some details: “The numbers of deaths do not give that official impression, and many of those who died due to corona are registered as having passed away due to lung disease, and many families have given in to classification to avoid the headache of bureaucracy.”

Politiken cites official statistics, which said that in the last three months alone, the country witnessed 60,000 deaths, which is more than normal rates, and this practically means that Egypt is one of the countries most affected by the epidemic. Under the heading “Good Vaccination for VIPs,” the newspaper detailed the authorities’ handling of the epidemic, “as in other countries, a closure has not been imposed, and the bulk of people cannot work from home, and whoever stops working will starve.”

Social distancing has not been imposed in the most crowded country, and life in Egypt continues as normal, and only those who can afford a mask and steriliser uses them. It went on: “Despite this, like all other things, there is a parallel society to the real society in Egypt. Of course, the authority cannot ignore the virus, and in [the parallel society] conditions are different from the truth.” It added: “The authorities deal with corona as it deals with other problems, as it guarantees, first and foremost, that its elite will not be affected, and it isolates itself with the elite of the wealthy who live in their own bubbles, with an infrastructure and cleanliness different from the rest of society.”

The newspaper recalls the recent events in Egyptian hospitals: “Hospitals lost oxygen in intensive care, and people died in succession, and despite this, the elite keep the truth hidden.” There are good hospitals and good doctors in Egypt, but for those who have the right contacts or money. The government certainly has secured the best vaccine in the world. Still, it is, in fact, only for important personalities, and it seems that the rest of the people must accept a Chinese vaccine whose effectiveness has not been scientifically confirmed. No results have been published about it.