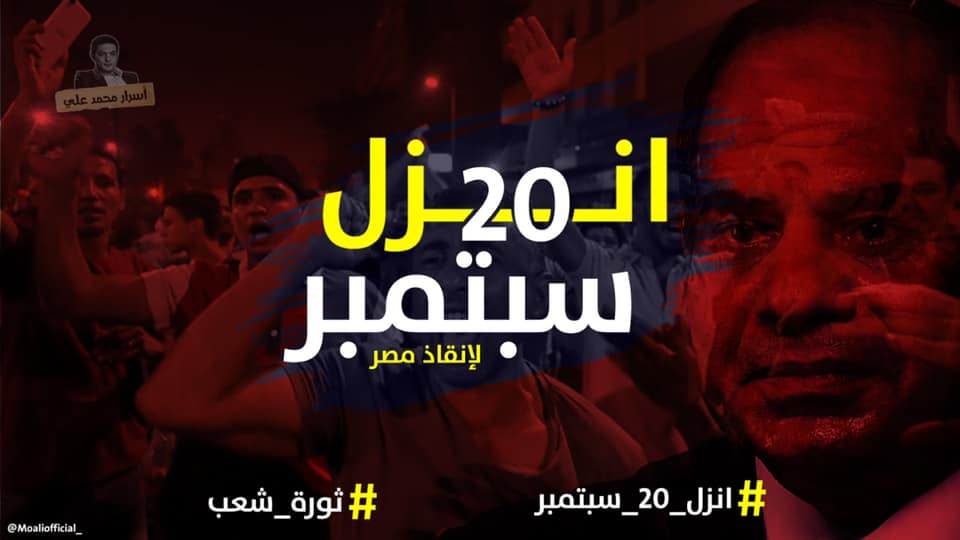 The Egyptian dissident businessman residing abroad, Mohamed Ali, has called for widespread protests against the ruling regime in Egypt, calling on Egyptians to revolt against General Abdel Fattah al-Sisi. Ali launched the hashtag “Go Down to the Streets 20 September” via Twitter, topping the list of trends on Twitter in Egypt. Ali said he expected the revolution of a people who had suffered oppression and injustice. He stressed that the strength of Egyptians lies in their unity, calling on all spectrums of people to unite ranks over the heart of one man to save the country.

Some Egyptian activists supported the protests and showed willingness to participate. Others warned of the seriousness of that call, considering that it is expected to be followed by widespread arrest campaigns. During the last few weeks, video clips have circulated, commenting on the social and economic conditions of the Egyptians, which has been threatened even further with coronavirus and al-Sisi’s failures in managing the Renaissance Dam and the Libyan crisis.

On 26 January 2020, Mohamed Ali announced his retirement from political life, a day after the protests’ failure he called for on the anniversary of the Egyptian revolution that overthrew Hosni Mubarak in 2011. Rare protests erupted on September 20 and 27 in response to previous calls launched by Mohamed Ali. Ali emerged as one of the famous opponents after publishing a series of videos that were watched by millions. In these videos, he accused al-Sisi, his wife Intisar, their son Mahmoud and army leaders, of corruption and stealing public money in favour of luxury and building palaces.

Al-Jabrouni: A new political detainee died in the prisons of al-Sisi