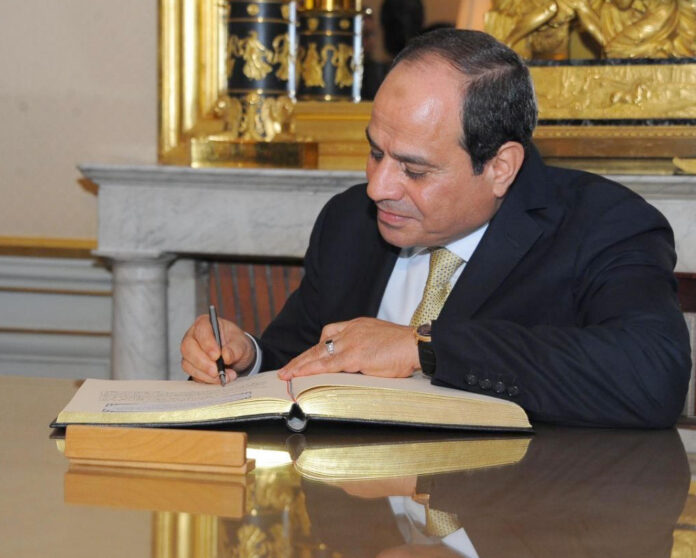 On July 4, Abdel Fattah al-Sisi ratified a new law that allows the Egyptian Military Academy to give its graduate bachelor and license degrees in politics, economics, commerce and engineering along with their military study without academic supervision. The new law was widely considered a continuation of privileging military staff to infiltrate the civil service and militarizing the state.

The law 149/2022 provides founding the Egyptian Military Academy to gather the military, air forces, naval and air defence colleges, and any new military college to be established later. A supreme council of the academy is to be formed of the military chiefs of staff and departments, the heads of the military bodies, and the academy manager. The law permitted the council to include a maximum of five civil professors, with the period of each being just two years.

The decision also violates the principles of merit and equal opportunities, as the civil faculties of politics, economics and engineering require high educational scores to join them. At the same time, the military colleges accept the much lesser score, which means that many of their students did not prove their ability to study these fields. Initial signs indicate the decision aims at preparing a new military elite to take over the civil service. Sisi believed the state needed military administration to eliminate bad bureaucracy and corruption.

On the other hand, political analyst Mohamed Naeem expressed fears of using the new decision to transfer certain political ideologies and doctrines to the military students to create a doctrinal military rather than a national one. This army sees maintaining the current political regime as its fundamental role, as in the case of Syria. The decision was widely considered on Egyptian social media as one of the most serious decisions made by the Sisi regime on the road to militarising the state and linking the military directly to political power. Moreover, it expresses absolute disrespect for academic and scientific standards up to giving scientific degrees without any standards or regulations guaranteeing the quality of the study.

Sanaa Seif arrested while filing a complaint after assault by secret...