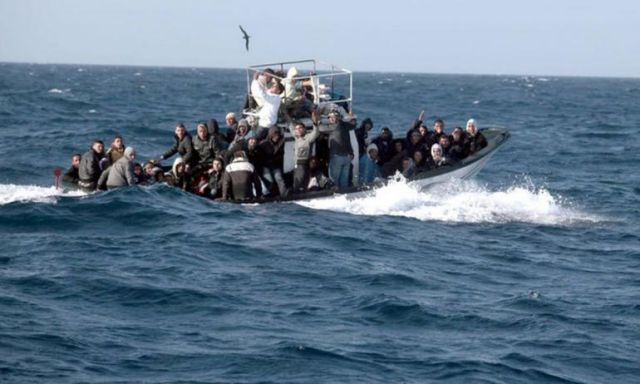 The sea has swallowed up at least 17 Egyptian youths whose boat sank in the waters of the sea after they decided to escape from the hell of their homeland in search of a better life and the hope of reaching the bliss they dreamt of in Europe. The 17 victims are the latest episode in the series of corpses drowning in seawater from convoys of death boats carrying illegal immigrants from the coasts of Egypt and North African countries towards Europe.

Migrants from Egypt via death boats to European countries are well aware of the dangers that await them and their small chances of survival and crossing the sea alive. Yet, they try and even repeat the attempt after its failure if they escape death. Despite the risks and recurrent accidents of drowning, the attempts did not stop. It confirms the government’s failure to prevent irregular or illegal immigration, despite security initiatives and awareness campaigns.

The families of the 17 victims who drowned off the coast of Libya said that the boat was carrying young men from the village of Dahmasha in the city of Mashtool al-Souk in the Sharkia Governorate. They added that these young men boarded the boat last Saturday evening and were on their way to Italy, but contact with them was cut off after two days until the Libyan authorities found a number of them, while the rest are still missing.

In turn, the spokeswoman for the International Organisation for Migration, Safaa al-Mashhali, told the Associated Press that the Coast Guard had recovered two bodies. The survivors reported that 22 others are still missing and are believed to have died. She indicated that at least 45 survivors were on board the three boats and that the migrants were mostly from Egypt. The people appealed to the Egyptian authorities to intervene with the Libyan authorities to search for the missing and release the survivors.

The loss of 17 Egyptians before they arrived in Italy is not the first accident, as the number of drowned and missing in the attempts to migrate from Egypt to Europe has reached the hundreds during the past few years. Young people resort to searching for a job opportunity abroad, through irregular migration, knowing that it may be accompanied by his arrest or falling prey to human traffickers.

The reasons for these suicidal attempts and the fatal experience that young people accept with their full will are known and numerous, the most important of which is despair from obtaining their rights in their country, the clogging of the political horizon, marginalisation, and persecution.

In addition to this, the deteriorating economic conditions led to an increase in poverty and unemployment and severe class inequality. Also, social conditions push the young men to flee from the mud of the homeland and throw himself into the sea, including high dowries, the difficulty of marriage, and other factors of frustration and a sense of failure.

The ruling regime in Egypt confronted irregular immigration, which turned into what resembled mass suicides, and did not address the causes. Instead, it confined itself to fighting the brokers and severely punishing them. The government announced initiatives to educate citizens about the dangers of illegal immigration. Still, these initiatives did not withstand the economic pressures that push the young men to leap in the sea towards Europe while he is aware of all the risks the government warns of.

Migration from Egypt is not limited to young people but extends to young children, whose numbers have steadily increased in the period between 2011 and 2016, according to the Italian government. A report issued by the Office of the United Nations Organisation for Migration in Egypt, which included figures from the Italian government, revealed that the number of unaccompanied Egyptian children witnessed a remarkable increase on Italian coasts throughout 2016; 4,230 Egyptians arrived in Italy, including 2,467 minors, compared to 2,610 in 2015.

For her part, the Minister of Immigration in Egypt said that there are more than 2,500 Egyptian children in Italy illegally, whose ages range from 12 to 18. Migration from Egypt remains a dream that entices most young people in Egypt to search for a better life, even if they reach this life on a road that often brings them death.

In contrast to irregular immigration, more than a million Egyptians have immigrated to America during the past year through random immigration that takes place annually in the lottery system. These shocking numbers reveal large numbers of Egyptians whose only dream has become to escape from the hell of the homeland, whether through legal immigration or without it.