EgyptWatch
Home Egypt Watch Saudi Arabia to call for a summit over the crisis of the...
Facebook
Twitter
WhatsApp 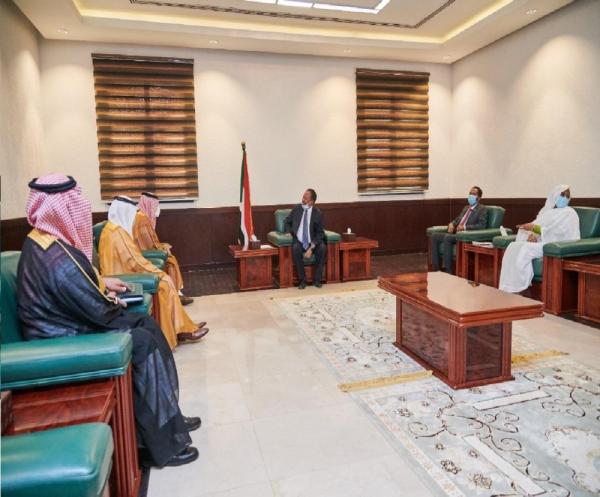 During his visit to Khartoum, Ahmed bin Abdel Aziz Al-Qattan, the Saudi minister of state for African affairs, announced that Saudi Arabia is to call for a summit to end the crisis over the Grand Ethiopian Renaissance Dam, pointing out that Saudi Arabia is strongly supporting Arab security.

Al-Qattan explained that the Saudi intervention came in accordance with the pact between the eight red sea countries, which include Egypt and Sudan but not Ethiopia. His visit to Khartoum is the first made by a high-profile Saudi official to Sudan after Abdalla Hamdok assumed the presidency of the Sudanese government.

In the same vein, Khartoum summoned its ambassador in Addis Ababa for discussion over the military tensions on the Sudanese-Ethiopian border. The border has witnessed mutual escalation over the Al-Fashkqa border area, the Sudanese area which is inhabited by Ethiopian farmers. Recently, Sudan declared that it restored its sovereignty over 70 per cent of the area.