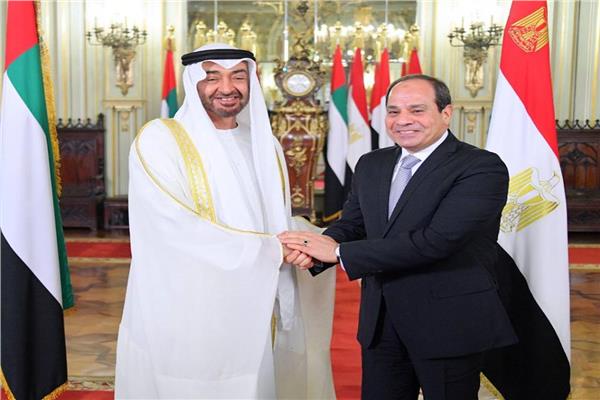 Sources close to the circles of the Egyptian regime said that General Abdel Fattah Al-Sisi’s sovereign bodies have become completely certain that the UAE and Mohamed Bin Zayed have been working in the interest of Ethiopia over the past years on the issue of the Renaissance Dam.

According to experts and observers’ assurances, the Egyptian regime recently felt that the UAE had stabbed Egypt in the back over the conflict over the Renaissance Dam, explaining the increased state of rupture and divergence between the two countries recently.

The divergence between the two countries was evident in the Al-Sisi’s regime’s failure to announce its acceptance of the Emirati initiative to resolve the intertwined crisis between Sudan, Ethiopia, and Egypt. The crisis related to Nile water has become dangerous after the strongly worded statements made by Al-Sisi, in which he implicitly hinted that a military solution could be used if a drop of water affected Egypt’s water quota.

Ethiopia, in practice, began on the same day that Al-Sisi spoke in the logging operations of the forests surrounding the Renaissance Dam, preparing for the second filling, which Ethiopia insists should take place next July. Then, the practical reality means that Ethiopia has not yet provided any real practical signs of any dissolution or concession, which means that Al-Sisi’s threats have not yet borne fruit at the foreseeable level.

Many analysts believe that Al-Sisi’s threats were not intended only by the Ethiopians, but at the same time, aimed at disturbing major international and regional powers from the possibility of war and affecting their interests in the region. They explained that the dramatic change in Al-Sisi’s tone and its turn to hostility, after his constant assertions of his adherence to negotiations, came to push regional countries to intervene to settle this crisis seriously.

According to the vision of many experts and politicians, the Al-Sisi regime has become certain that certain Arab countries are working to cool the situation without reaching a binding agreement for all parties, which is ultimately in Ethiopia’s interest, not Egypt. Of course, at the top of these countries is the Emirates, which is currently trying to convince Egypt and Sudan with non-radical technical solutions, eventually leading to Ethiopia filling the dam for the second time.

The UAE is also seeking to calm the tension between Sudan and Ethiopia, making it difficult for Egypt to mobilise with Sudan against Ethiopia. It is worth noting that the muffled disputes between Cairo and Abu Dhabi have many dimensions due to Emirati policies that do not consider what is in Egypt’s interest, especially over Libya and the Renaissance Dam.

For his part, Shifa Al-Afari, an Eritrean writer and analyst specialising in African affairs, said that the UAE initiative comes at a critical time. He added in press statements that the initiative comes in light of a military escalation across the Sudanese-Ethiopian borders, unprecedented Egyptian-Sudanese military cooperation, and warnings of military intervention in the Renaissance Dam crisis.

The Emirati initiative, the details of which have not been revealed yet comes amid stalemate and repeated failure in the Renaissance Dam negotiations. It also comes in light of the escalation of border tensions between Sudan and Ethiopia over the Fashaqa border area, tensions which culminated in military confrontations early this year. Shefaa Al-Afari pointed out that the UAE possesses the power to put pressure on Ethiopia. It has huge investments in Ethiopia and close relations with the Ethiopian Prime Minister, Abiy Ahmed. He pointed out that the UAE, on the other hand, has influence over Sudan, and maintains strategic relations with Egypt.

The UAE has strong relations with and investments in Ethiopia and Abiy Ahmed, which it has not used until now over the Renaissance Dam, but it has become clear that it used it against the interest of Egypt, which has increased the divergence between the two regimes. It is noteworthy that there are currently 92 Emirati investment projects in Ethiopia, concentrated in the sectors of agriculture, industry, real estate, health care, and mining.