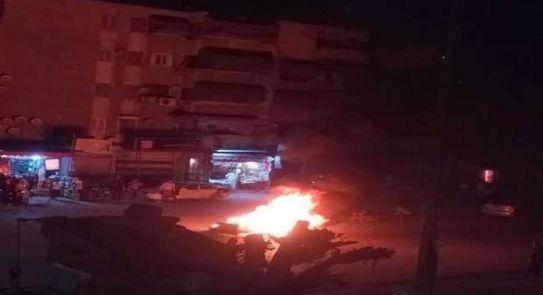 In a strange and unfortunate incident, the security services in Cairo Governorate revealed that unknown persons had exhumed the body of a nurse who was buried days ago after her death from coronavirus and then burnt it.

The security forces indicated that they are conducting an investigation into the incident after the people in Helwan, south of Cairo, found the nurse’s body burned and her charred body near the cemetery.

The nurse’s family found the body of the 40-year-old nurse, Mona Ahmed, completely charred outside her cemetery.

According to Egyptian media, the security services inspected the cemetery and found that the grave had already been opened and the nurse’s body exhumed. It added that there is a research team working in full swing to reach the perpetrators, and CCTV is being watched so they can be arrested quickly.

The shocking incident coincides with the increase in the number of infections and deaths from the virus during the third wave in the country, as the Egyptian Health Ministry officially recorded 767 new cases of coronavirus yesterday, in addition to 47 new deaths.

Advisor to the Egyptian President, Dr. Muhammad Awad Taj Al-Din, warned of the third wave of coronavirus. Taj Al-Din said that the increase in corona infections is now widespread, whether officially known or inside homes.

The World Health Organisation has questioned the truth about the numbers announced by the Egyptian authorities. That fact was recognised by the Egyptian Minister of Health, Hala Zayed, and government officials. Some officials in Egypt indicated in press statements that the numbers of coronavirus infections might be 10 times more than what is officially announced.

In April last year, people from two villages in Dakahlia Governorate tried to prevent the burial of a doctor who died from coronavirus. The police fired tear gas at dozens of residents of Shubra Al-Bahou, affiliated to the Aja centre, so that the Ministry of Health could bury the doctor.