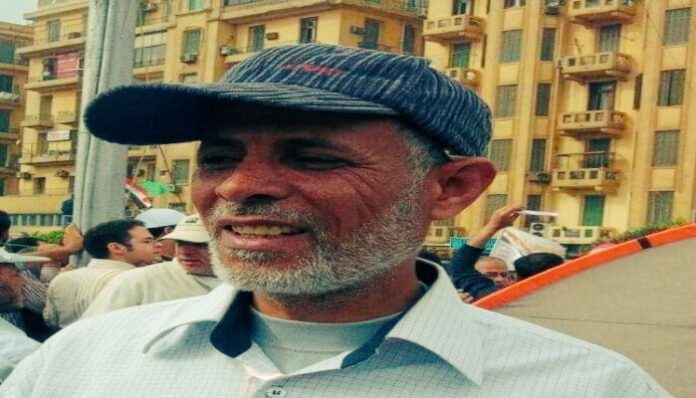 Shehab Centre and the Egyptian Network for Human Rights as well as We Record revealed that a political detainee died in Gamsa Prison in an intentional murder case.

The detainee, Mohamed Salem Salmi, 55, a lawyer from Ismailia, went into a coma and was transferred to the prison’s hospital where he died. According to the organisations, Salem was denied treatment and medication although he was a known patient of chronic kidney disease, which led his health to deteriorate.

Salem was left suffering from splenomegaly and renal failure over the past six months, yet the authorities refused to release him or allow him to get treatment. Salem was arrested in June 2014 and sentenced to 15 years imprisonment on charges of setting fire to Ismailia Courts Complex.

In August 2020, Shehab Centre released a warning that Salem’s health was deteriorating after he was diagnosed with hepatic cirrhosis, but the warning was ignored. The centre then held the ministry of interior and the prison’s administration fully responsible, demanding his immediate release due to the risk of covid in prison.

Salem is the 41st recorded political detainee to die in 2021.