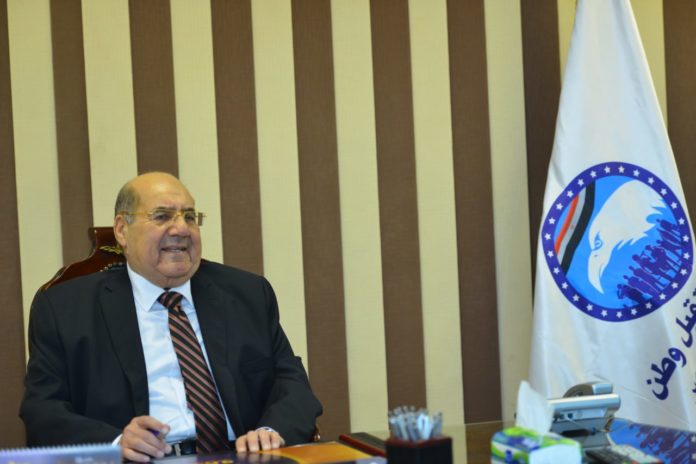 The Nation’s Future party, affiliated with the security services, announced today, Tuesday, that the former head of the Supreme Constitutional Court, Chancellor Abdel Wahab Hassan, assumed the position of party leader, replacing Ashraf Rashad, who was appointed as the first deputy head of the party. Hassan’s appointment came hours after Rashad announced his resignation from the party presidency through his Facebook account. In its statement, the party said that the decision comes within the framework of reshaping the political scene, in order to achieve the pillars of the Egyptian state, and in an effort to prepare for the start of a new political phase. Hassan held the position of Vice-President of the Supreme Constitutional Court for 15 years before taking over as President, succeeding Adly Mansour in 2013.

Sources confirmed that the appointment of the former head of the Constitutional Court as head of the party in preparation for his appointment as head of the next parliament will succeed Ali Abdel-Al, who the security services decided to overthrow. The sources revealed that Sisi received reports from the security services, recommending that Abdel-Al not continue in his post, as a result of widespread criticisms of his performance and his failure to manage many crises in Parliament, most notably during the Tiran and Sanafir islands crisis.