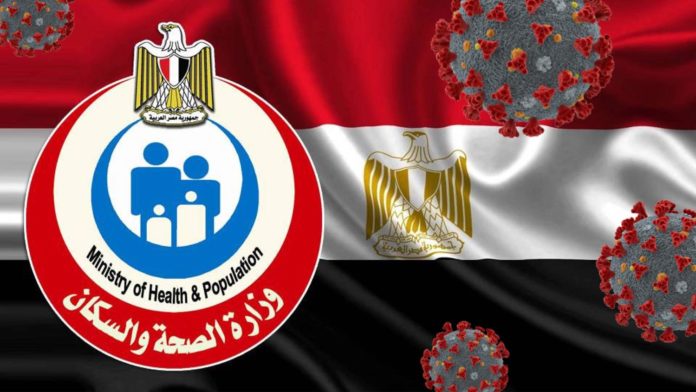 The rate of daily infections with the Coronavirus, in Egypt, reached an unprecedented leap, Friday, and touched the barrier of 500 new cases, one day after the government announced its expectations that the daily infections would exceed the 400 level. The Ministry of Health recorded 495 new cases, including two foreigners, an increase of 102 cases from Thursday, bringing the total to 8476 cases. Since the beginning of this May (10 days), the number of cases recorded officially by the Ministry of Health reached 2939 infections, which is the highest figure recorded compared to previous months by 34.6%, while 5537 cases since the beginning of the crisis (on February 14), which means it was recorded 65.4% in 77 days.

A source in the Ministry of Health said that the recent increase in the number of cases of Coronavirus is due to several things, including the expansion of conducting “PCR” tests and rapid examination during the last two weeks, as well as an increase in the number of contacts with infected cases, which are committed to domestic isolation and are followed up by the Ministry of Health teams periodically and come out of Among them are most new infections, as well as the wrong behavior of some citizens and their failure to follow the necessary precautions. Yesterday, Dr. Muhammad Awad Tajuddin, the President’s adviser for health and prevention, announced, in televised remarks, that 100,000 PCR tests had been conducted for those suspected of having Coronavirus. Doctors say that the number of daily COVID 19 tests in Egypt is very low, which is the reason for the low number of officially registered infections, as the Ministry of Health does not conduct virus tests for all infection suspected or the contacts of infected people.

Dr. Khaled Mujahid, a spokesman for the Ministry of Health, revealed that the number of contacts (whether directly or indirectly) to infected people who are monitored by the medical teams exceeded one million people. If the ministry of health conducted 100,000 PCR tests, that would mean there are more than 900 thousand suspected infections that are not tested. Mujahid said that a number of governorates recorded a significant decrease in the rate of new infections in the last two weeks: Damietta, South Sinai, Port Said, and the Red Sea, due to the awareness of citizens and their commitment to preventive measures. While the incidence of infections has increased above the rates during the same period in other governorates due to the lack of commitment of citizens to preventive measures, which include the commitment to social distance and reducing contact. He explained that despite the increase in the number of infected, we are still in the second stage of Corona, as the ministry transports all the infected to isolation hospitals and quarantine places at the level of the Republic, and you can also identify those who have contact with them and follow them medically during the isolation period.

The third epidemiological stage means that the infection is transmitted from human groups to other groups through a clear carrier state that can be monitored, but it is difficult to monitor how the virus is transmitted within these groups. While the Egyptian Ministry of Health maintains that the country has not entered the stage of community infection, observers say the statistics and figures of the Egyptian Ministry of Health indicate that Egypt has already entered the third stage of the epidemic, and the infection rates raise concerns about a strong possibility of entering Egypt in the fourth stage.  The fourth stage means that the spread of infection without noting of the carrier cases and the paths of transmission.

And the latest statistics of the victims of the emerging coronavirus in the world indicated that Egypt has come to the top of the list of Arab countries in terms of deaths, surpassing Algeria for the first time. On Friday 9th May, the Egyptian Ministry of Health announced the registration of 21 new deaths from the virus, bringing the total number of victims to 503, while the Algerian Ministry of Health said that it recorded in the last 24 hours 5 deaths, bringing the total number of deaths across the country to 488.

According to official statistics, Saudi Arabia is the third Arab country in terms of deaths with 229 cases, followed by Morocco (186 cases), then the UAE (174 cases). In contrast, Saudi Arabia tops the list of Arab countries in terms of infections (35432), followed by Qatar (20201), then the Emirates (16793), Egypt (8476), and Kuwait (7208). But, medical sources say that the number of daily COVID 19 tests in Egypt is very low, which is the reason for the low number of officially registered infections, and the more the ministry expands its tests, the rate of infection with the virus got higher.