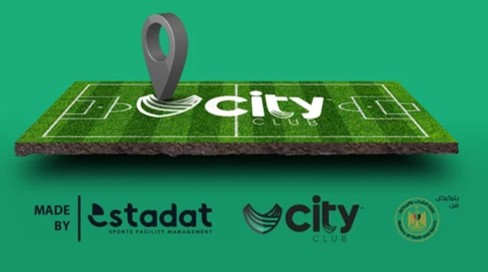 The Egyptian General Intelligence keeps its hands stretching within the different sectors of the economy. After its recent success in controlling tens of private media institutions, gripping the Drama industry and monopolizing the issuance of Halal certification of the imported meats to Egypt, which mean that it was slaughtered according to Shari’a, the Egyptian General Intelligence reaching for sports industry through an affiliated company – in anonymity – which announced launching clubs franchise across the country.

The hidden arm of the Intelligence

In conjunction with Ramadan, when the Egyptians are interested in watching TV, an intensive advertising campaign has started about clubs franchise called City Club. The main message of the ads is that it’s the time of building large clubs with international standards in the major cities of Egypt’s regions, in addition to providing a safe place to all the Egyptian family members to spend the finest hours accompanied with entrainment and social services.

Estadat Holding Company announced the initiation of City Club franchise to be constructed in 15 cities across the country, it will be the first smart clubs in Egypt, and it will come to light in October 2022, within the framework of “the Company’s plan to develop the Egyptian sport”, according to its statement.

Till now, it seems normal and good as well for a company that willing to invest in the sports industry. But what is abnormal is that Estadat Holding Company is an affiliated company to the General Intelligence indirectly. According to Mohamed Kamel, the chairman of the Company, Estadat Holding Company is owned by Presentation Company the sponsor body of the Egyptian Football Association. At the same time, Presentation Company is owned by Egyptians’ Media Group, which in turn is affiliated to United for Media Services Company which is owned by the Egyptian General Intelligence.

The Purpose: Controlling the Sport Market

Estatdat Company appeared for the first time in August 2018, after its chairman Mohamed Kamel has shown up in a press conference with the Public Administration for Military to announce signing a contract to manage the facilities of the affiliated club of Military Production, headed by El-Salam Stadium in El-Nahda City eastern Cairo.

Soon, the Company has got the right to manage, marketing and invest in 15 stadiums affiliated to the Ministry of Youth and Sports across the country. The stadiums are Ismailia stadiums, Alamsry Stadium in Port Said, Shebeen El-Kom, El-Sharkiyah, Damanhour, Mansoura, Benha, Kafr El-Sheik, Minya, Aswan, Damietta, Faiyum, Sohag, Alexandria and, Suez, giving a total of 16 stadiums owned by the Company in development.

Late in 2019, the Company has started its most important era, as it announced the cooperation with Al-Ahly Club, the biggest popular club in Egypt. The company announced that it owns 51% of Presentation Company’s shares. It is noteworthy that Presentation is the owner of the rights and the trade-market of Al-Ahly Club.

Estadat has become the owner of Al-Ahly channel and pledged a new initiation with a different map of the Channel in July 2020. The Company announced that Al-Salam Stadiums will be a stadium for Al-Ahly club for the purposes of playing matches and training, besides the development of all of its facilities and extensions, using the sports city according to the signed protocol between Estatdat and Al-Ahly administration. The Company also announced its ownership of 6 projects within the economic unit of Al-Ahly Club.

Currently, the Egyptian General Intelligence seeks more penetration in the sports activity through the establishment of City Club franchise to be initiated in 15 cities across Egypt.